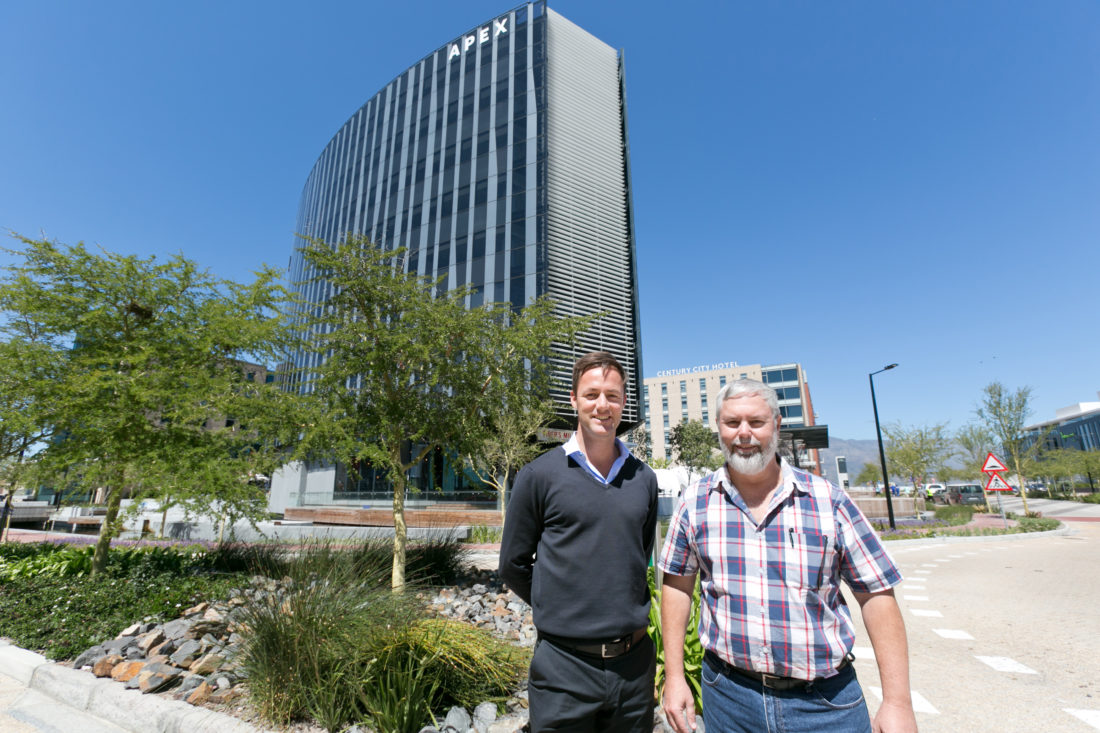 Derivco moves to Apex in The Square

Derivco, which designs and builds software packages for the online gaming industry, is relocating its Cape Town offices to the newly completed Apex building in Century City Square; the new commercial and hospitality hub of Century City.

The company has taken two whole floors totalling 2316 square metres and 90 undercover parking bays in the iconic seven storey Apex building which is also home to, among others, Thomson Reuters.

Malcolm Carlyle, Estate Manager, Facilities for Derivco, says the company, which has been at Century City for the past five years, has outgrown its existing offices in Waterview Park.

“Our company is growing rapidly and our beautiful new offices will accommodate our expansion needs for the foreseeable future,” he said.

The Apex boasts three restaurants on the ground floor – Tiger’s Milk, Punjab Wok and Café Frank – which spill out onto a bustling public square which is also fronted by the new Century City Conference Centre and Hotel, other offices and apartments.

Carlyle said the decision to stay at Century City had been very easy.

“We did a survey among our staff and Century City came out tops by far. It is very central, has wonderful amenities and facilities, generous parking ratios and plenty of undercover parking bays and is really a great place to work. Everyone loves it.

“In fact quite a few of our staff live at Century City already and a number of others are looking to move here.”

He said they had chosen the Apex because of its eye-catching architecture and its positioning at the Square with its easy access to restaurants, pubs and a Virgin Active gym.

“We had a canteen and a gym in our old offices so being able to offer these facilities, albeit outside our actual office, to staff is a big plus, as is the proximity of the Century City Conference Centre and Hotel,” said Carlyle.

Jason Elley of Rabie Property Group, the developers of the Apex, said negotiations for almost all the remaining space in the building were well advanced and they expected to be able to make further announcements in this regard shortly.