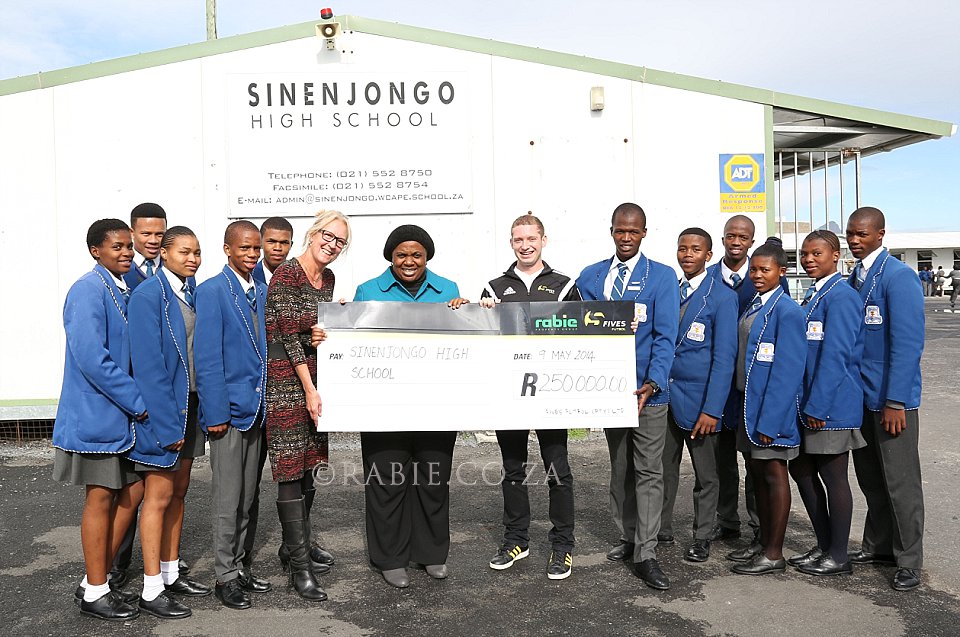 Rabie Property Group and Fives Futbol today handed over a cheque for R250 000 to Sinenjongo High School in Joe Slovo Park, which is the major beneficiary of their combined Corporate Social Investment programme.

In an innovative deal, Rabie Property Group, which adopted Sinenjongo as its major CSI beneficiary six  years ago,  financed the construction of the initial two Fives Futbol arenas at Century City. This was on the proviso that a portion of the net profit from the venture would be paid to Sinenjongo High School to provide a sustainable income stream to help fund intervention programmes at the school which has seen the school improve its matric pass rate from an abysmal 27% to 93% over the past six years and to being named one of the top 10 improved schools in the province for three consecutive years.

A further four Futbol arenas have since been funded by international philanthropist Dr Handa on a similar basis.

In terms of the deal, a third of the  net profits accrue to Sinenjongo High School and a third to Dr Handa’s ISPS foundation.

Rabie managing director, Leon Cohen, says rather than just donating cash, the arrangement had enabled them to fund a multi-million rand sports facility for the youth and community, to create jobs as well as provide a sustainable revenue stream to help fund their extensive CSI work at Sinenjongo which has included among other things paying the salaries of five additional maths and science teachers and programmes to improve English proficiency among learners and teachers.

The R250 000 now being donated to Sinenjongo represents the maiden dividend from the operations.

“And we expect the annual dividend to increase as Fives Futbol grows from strength to strength,” says Cohen. 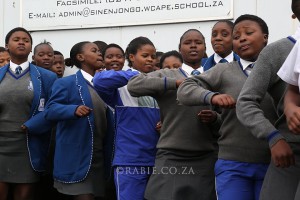 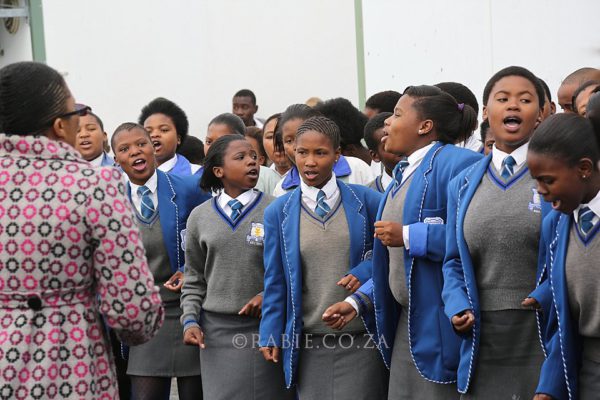 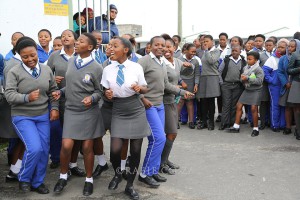 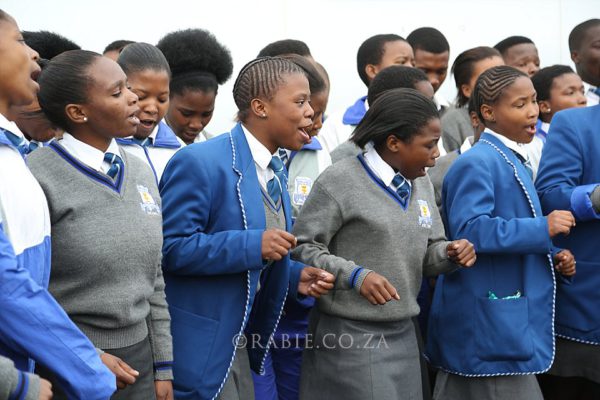 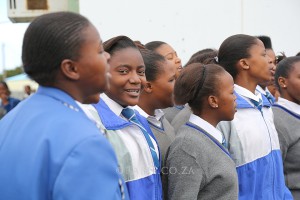 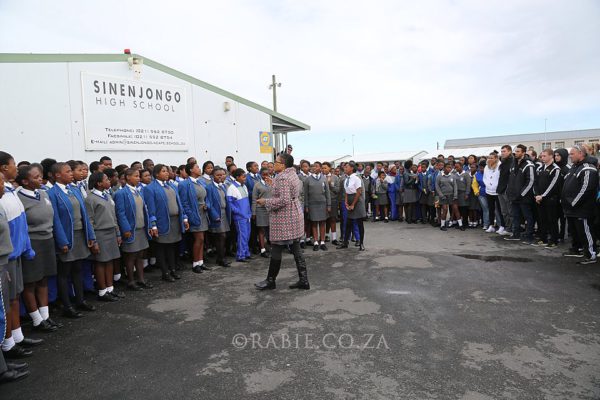 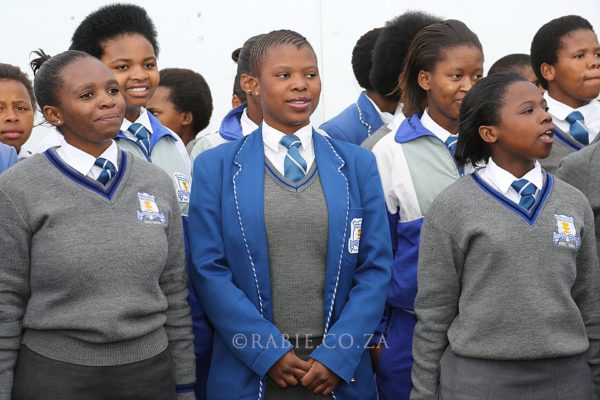 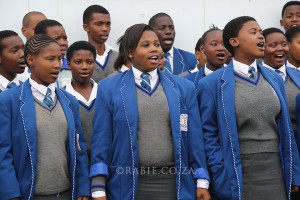 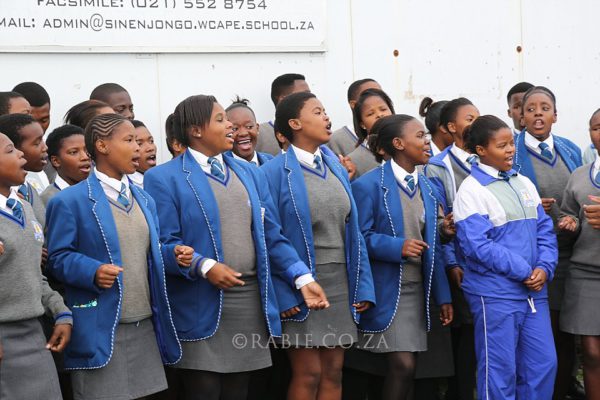 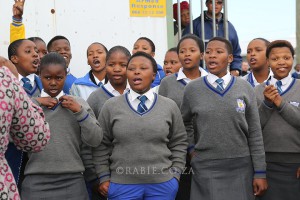 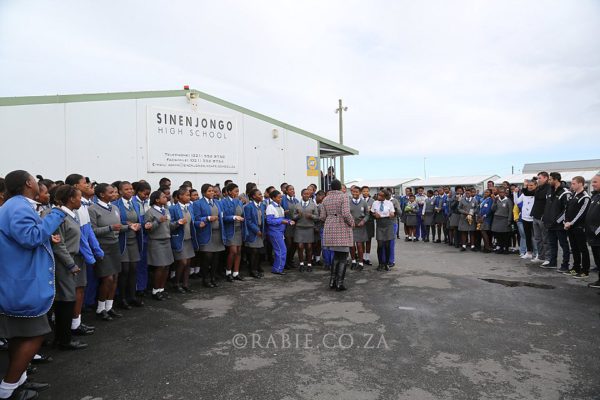 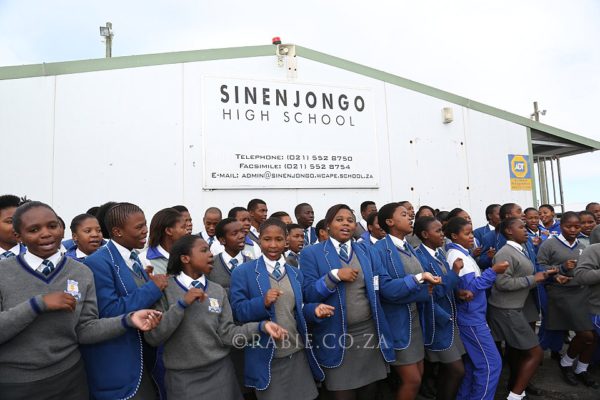 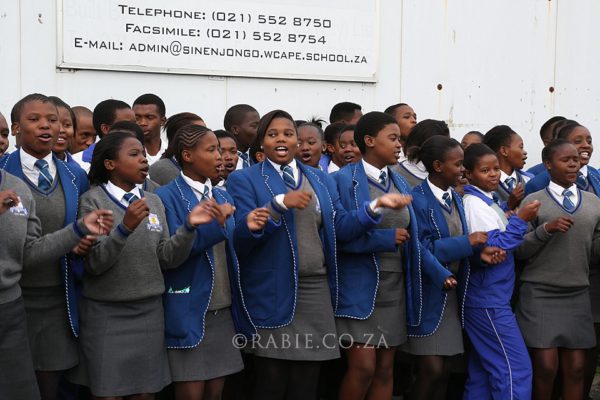 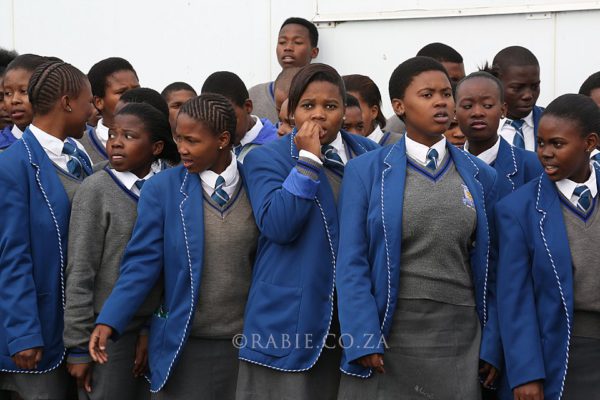 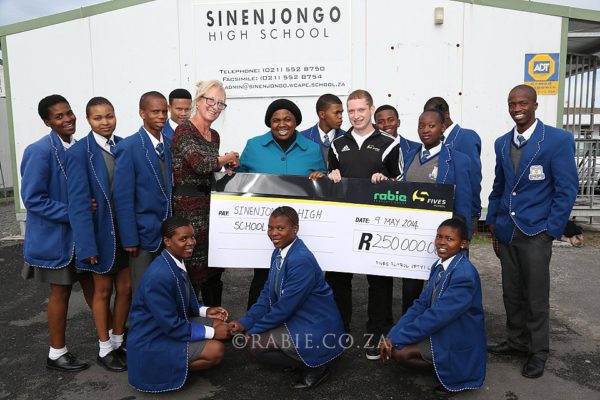 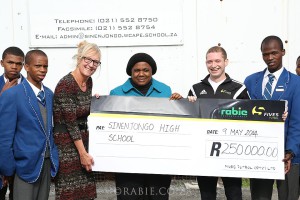 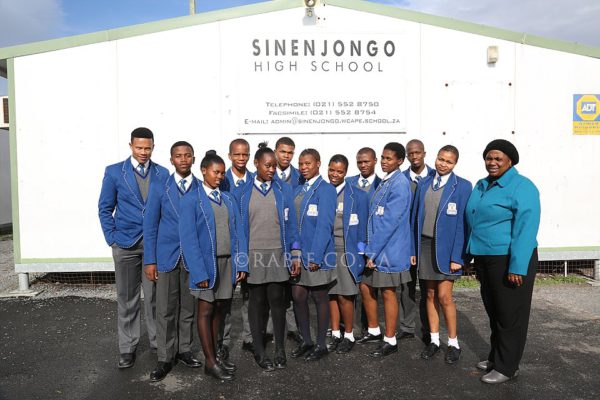