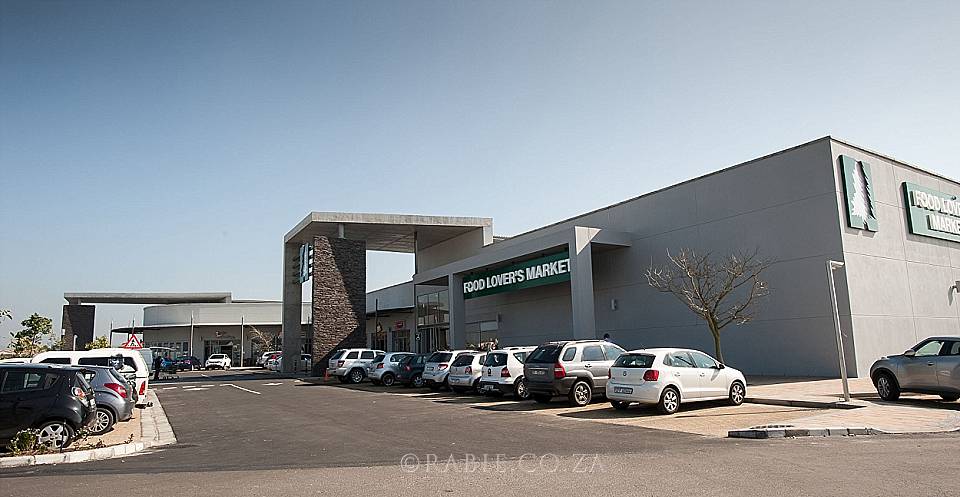 The second phase of the Pinehurst Convenience Centre in Durbanville, comprising a 1200 square metre Foodlovers Market, has now been completed.

The shopping centre, phase one of which opened in December last year, has been developed at a cost of R100million as part of the new northern areas residential development of Garden Cities, the non-profit company responsible for many successful new town developments in the Western Cape over the past 95 years.

Pinehurst, which currently comprises 1465 homes, has been built on land overlooking the Durbanville Hills and Simonsberg over the past 13 years and the shopping centre has now been built to meet the needs of this growing community.

Janet Wishnia, portfolio manager for Rabie Property Administrators (RPA) who have been appointed to manage the 7 000 square metre centre, said it has been designed to be as convenient and accessible as possible and boasts a total of 500 parking bays.

“The unpredictability of the Cape weather was a concern, so it was decided to cover the centre with a roof, while still allowing natural ventilation to sustain a green footprint.”

Phase One, comprising 30 shops is anchored by Pick n Pay and Clicks and offers a variety of interesting shops and restaurants.

‘They have been both socially and environmentally designed and have been well accepted by the communities for which they were developed.

“As such Garden Cities have a good grasp of the various components that support the proper functioning of a newly established new town developments, which of course includes a convenience centre to cater to the immediate community.”

Wishnia said RPA have been proud to manage Garden Cities’ Westcoast Village in the Sunningdale community over the past 10 years and were thrilled to be entrusted with the management of the Pinehurst Convenience Centre.

She said the opening of the new Foodlovers store in July had significantly boosted footfall to the centre attracting shoppers from far afield.

“It has also been firmly established through research that the demand and the need for these facilities for the surrounding community is paramount.

“We are confident that with the constant input of landlord, tenants and customers as well as the dedicated effort and passion for which RPA is known, this convenience centre will soon become the buzzword for not only the immediate surrounds but also the wider Durbanville area.”