Gatehouse at Century City proves to be runaway success 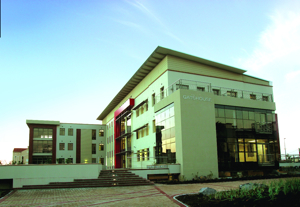 The Gatehouse, a 3000 square metre, triple-A grade sectional title office block on a gateway site at Century City, has proven to be a runaway success.

Sedica Knight of developers Rabie Property Group said 21 of the 23 sectional title offices in the three-storey office building had been sold while the two units retained by the developer had been let.

“Three of the units were sold to owner occupiers and the other 18 to investors who have been capitalizing on the current low interest rates. Of these 16 have already managed to tenant their units with the last two now being under offer which we expect to be finalized this week,” she said.

Knight said most of the tenants were satellite offices for national companies which had been looking for upmarket, prestigious offices to reflect their corporate image and for whom rentals were not the deciding factor.

“Purchasers and tenants have been attracted to The Gatehouse as it is a landmark building on a high profile, well located site and offers a strong corporate statement not normally available to smaller tenants.

“A signature feature is the plate-glass entrance atrium which creates an impressive sense of arrival. The building has been designed to provide internal access to each of the suites with a shared reception and entrance foyer providing small to medium users with the benefits normally only found in large corporate office buildings.”

Knight said the location of The Gatehouse close to all the amenities of Century City including the convenience retailing and restaurants at the Colosseum, the Virgin Active Health Club, the Public Transport Interchange, a number of hotels as well as Canal Walk Shopping Centre had added immensely to its popularity. Parking is provided at a rate of four bays per 100 square metres with ample visitor bays and additional parking available at the nearby e-parking, Century City’s unique park and ride facility.

“There is no doubt if we had another The Gatehouse we could sell and let it quickly as it is a winning formulae for this niche smaller tenant market.”

She said while all the land in the Grand Moorings precinct of Century City in which The Gatehouse is located had now been developed, master planning for a neighbouring precinct was underway and could well include a similar type sectional title scheme.