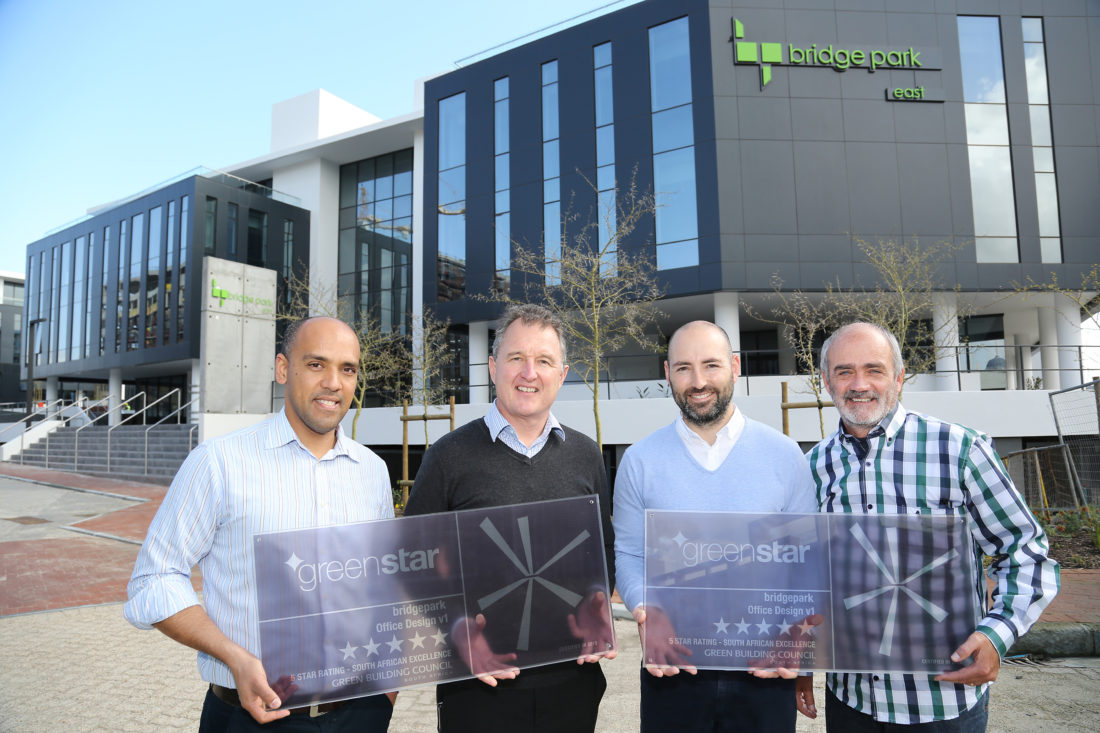 Developed at a cost of R450million, Bridge Park was undertaken as a joint venture between Growthpoint Properties and Rabie Property Group.

Brian Wilkinson, CEO of the GBCSA, said at the unveiling ceremony that achieving a 5-Star rating demonstrated one had gone above and beyond green building requirements.

“It shows a commitment to people and planet and the GBCSA commends Rabie and Growthpoint on their achievements.”

Wilkinson added that the South African  property sector was truly becoming a growing force for good in the country, not only for the environment but also for people and business too.

“It is companies like Growthpoint and Rabie Property Group who are leading the way by actively developing a sustainable future.”

Colin Anderson, a director of Rabie, said they were delighted with having achieved a 5-Star Green Star SA rating in the design category and were now aggressively pursuing a 5-Star rating for Bridge Park in the As Built category.

The development was completed in July and final snagging is now being undertaken.

Anderson said there was strong corporate interest in Bridge Park and they expected to be fully let in the near future.

Bridge Park falls within an all-green precinct which includes the R1billion Century City Square development comprising inter alia a 900 seat conference centre and 125 room hotel, and which forms part of the Green Star SA – Custom Mixed Use rating pilot programme of the GBCSA.