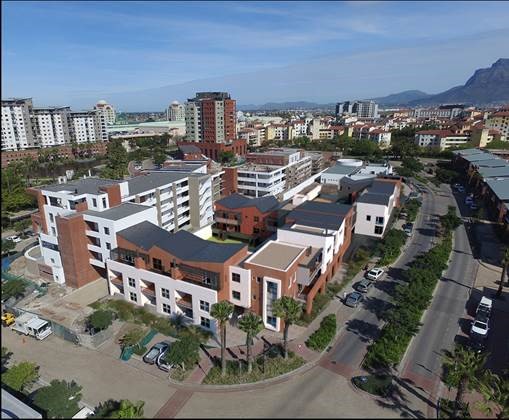 A new mixed use development is being built on the last remaining site in the Grand Moorings precinct of Century City by Rabie Property Group.

The seven sectional title offices in the development will ranging from 50 square metres to 100 square metres, and will be located on the ground floor facing onto Century Way.  A total of 28 apartments, comprising one, two and three bedroom units all with basement parking, will be built above the offices.

Rabie Project Manager, Greg Jenkins, said the architects, Munnik Visser, were ensuring that the new development will compliment the existing buildings in the precinct but still imbue its own identity.

He said both components of the R60m development have been acquired by an investment company for rental stock.

“We expect demand from tenants to be high as all other residential and commercial developments in the precinct are fully let.”

Big Ben have been appointed contractors with the development expected to be completed by mid-2018.