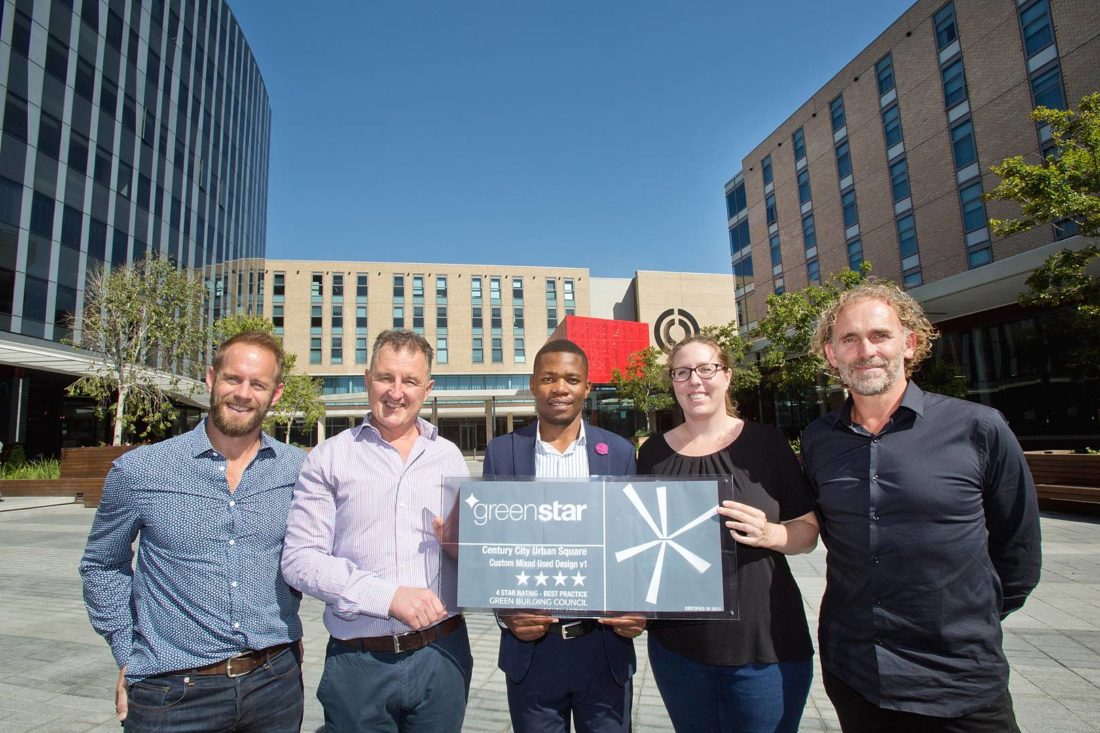 The Square is the first development in the Western Cape and only the second in the country to be awarded a 4-Star Green Star – Custom Mixed Use Design rating by the Green Building Council of South Africa.

Handing over the plaque, Mutasa said the Rabie Property Group has been recognised for many years as creating one of South Africa’s leading sustainable precincts in Century City.

“And this new development in the precinct is another green feather in their cap. Having achieved a 4 Star Green Star SA – Custom Mixed Use Design rating, it is a wonderful leading example of what mixed use developments can achieve in terms of sustainability outcomes, and we applaud Rabie for also following through with the As Built rating which is currently underway.

“Building green is not just about doing the right thing, although that is vital in the face of our local and global environmental challenges. Designing, constructing and operating buildings in a more environmentally responsible way is both achievable and makes good business sense.”

The GBCSA promotes green building programmes to encourage the property industry to transform to sustainable development practices. It provides various green building rating tools so that the industry can measure it’s design, construction and operational practices according to recognised benchmarks.