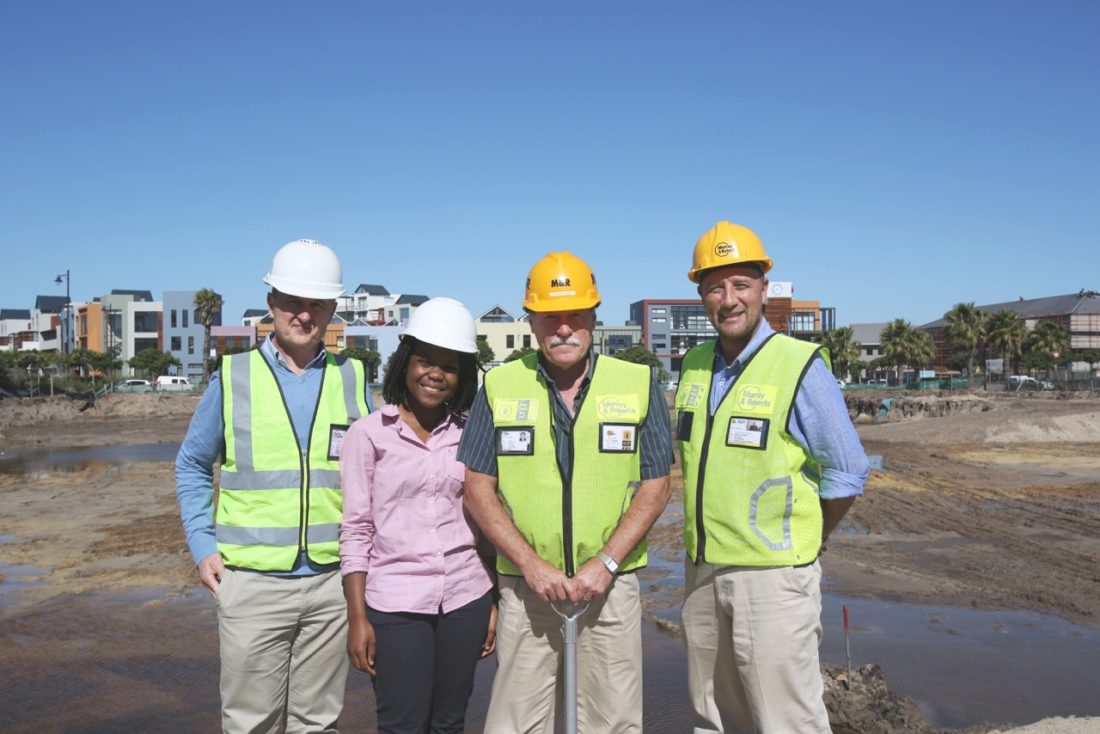 The site was handed over to Murray & Roberts in October with completion scheduled for September 2015.

Designed by Tim Hughes Architect, Grosvenor Square will comprise a total of 5364 square metres of A-grade low rise offices in five buildings set around a picturesque courtyard and offering flexible options to purchasers from 90 square metres to 2000 square metres.

To date 17 of the 37 units have been sold or are under offer.

Grosvenor Square is being built on a high visibility site in the sought-after Central Park precinct and bordered by two of the main roads in the precinct, Century Boulevard and Century Way.

A total of 200 parking bays – 170 basement bays and 30 open bays – on a ratio of four per 100 square metres will be provided. Units are  selling at around R22 000 per square metre, inclusive of parking and A-Grade tenant installation, including all internal finishes and air conditioning.