Lack of zoned land will hinder an upturn 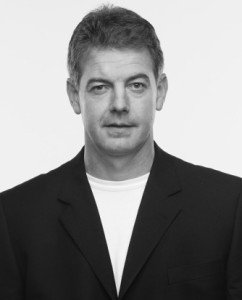 Zoned land with development rights is becoming increasingly scarce and the rezoning process increasingly complex and time-consuming – all of which will make it difficult for developers to respond quickly to an upturn in the market, warns Colin Green, a director of Rabie Property Group.

“A simple rezoning – one which complies with all the Municipality’s relevant policies and all legislation – typically takes in excess of three years, while the more complicated cases are likely to take five or more years,“ he says.

“The two processes can be run concurrently in part, but ultimately the decision based on the outcome of the environmental process, which is called a Record of Decision or ROD, informs the planning decision.

“Both processes involve extensive public participation, generally starting with a public meeting where the proposal is put to the public and other interested and affected (I&A) parties.”

Green says that at this early stage the concerns and fears of the I&A parties are identified and these to a large extent guide the process going forward.

“The proposed development will usually be amended to accommodate valid concerns, and various specialist professionals are appointed to conduct studies such as traffic, botany, visual impact and storm water.

“The results of these specialist studies further informs the nature of the development proposal and appropriate amendments are made to mitigate any negative impacts that the proposed development may have on the environment and existing infrastructure.”

He says in theory the concept of public participation is sound and what one would expect in a democratic society. “However unfortunately, in many cases it is severely abused. We seem to have developed a culture whereby the instinctive reaction for many individuals and groups is to object to any form of development.

“Even once the objections have been dealt with, whether in the form of an amendment to the proposal, or whether they have been dismissed for lack of substance, the same individuals and groups tend to object again at the next stage of the process, and finally appeal against any favourable decision, resulting in delay after delay. In extreme cases, final decisions are sometimes taken to the High Court on review,” he says.

Green points out that different Provinces and different Municipalities have slightly different policies that guide the process. “In Cape Town, I&A parties are able to object no less than two times and appeal twice against any development application. Each objection has to be evaluated by the relevant officials, reports have to be written, and the recommendation has to go before the appropriate committee or Minister for a decision. The capacity of the public sector is poor and in many cases skills are lacking, with the result that each decision (after an objection or appeal) takes months, and sometimes even years before there is an outcome.

“Besides the increased costs, these delays cause enormous amounts of frustration highlighted by a recent case on the Garden Route, where a development application was lodged in 2003. The Minister at the time approved the ROD on appeal in April 2009. This environmental approval was then taken to the High Court on review. It appears the Minister has still to make a final ruling on the planning application but is reluctant to do so until after the outcome of the High Court review. The developer is reported to be asking the Western Cape High Court for an urgent court order compelling the MEC to decide on its planning and subdivision application.”

Green said while inefficiencies and frustration were part of the process, it was very rare to resort to such extreme measures.