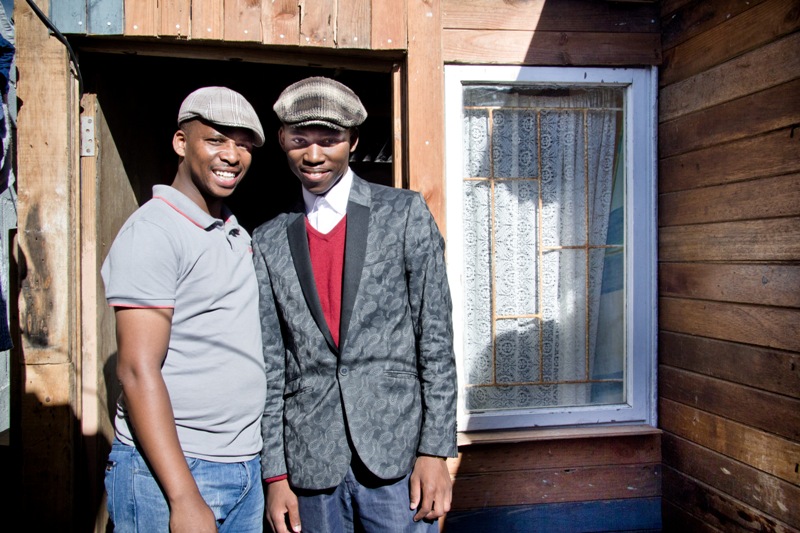 Lukhanyo jets off to a bright future! 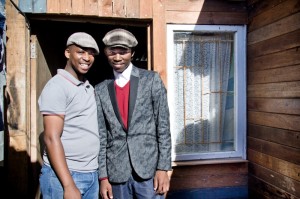 Sinenjongo High School’s top matriculant in 2011, 18 year old Lukhanyo Velelo, today jetted off to Johannesburg to enrol for a B Science (Actuarial Science)  degree at the University of Witwatersrand for which he has secured a full scholarship from Metropolitan Life. 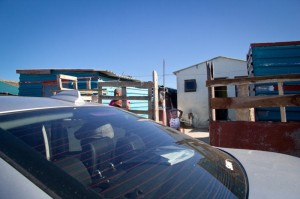 Lukhanyo’s neighbours looking on as he departs for the airport

Living in a one room shack in Joe Slovo Park with his uncle Brian Velelo for the past four years,  Lukhanyo achieved five As and two 79% (English and Xhosa) for his exams and is hoping for a full house once the two language papers have been remarked. 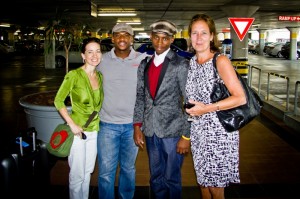 At the airport to say goodbye to him were a team from the Weekend Argus whose heart-warming story of Lukhanyo’s success inspite of the disadvantages he has faced in his life, helped immensely in securing him a bursary. 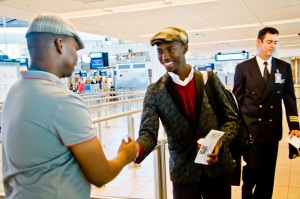 Nothing was going to get in the way of his excitement, least of all the fact his bag with everything he owns in the world, was double the permitted weight and he had to unpack in the departure hall and separate out the absolute essentials to take with him. 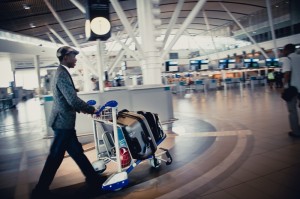 Lukhanyo on his way to a bright future – we are so proud of him!

We are making plans to get the balance of his things, including some books and stationary, to him within the next week or so.

Aptly so, Lukhanyo’s name means Bright Future and we have no doubt that is exactly what awaits him.

We are sure you will join us in wishing Lukhanyo everything of the best!