For the third consecutive year, staff from Rabie Property Group, Ratanga Junction and Century City Property Owners’ Association – the non-profit company responsible for the day to day running of Century City – joined forces  to feed 850 learners and staff at Sinenjongo High School in Joe Slovo Park in commemoration of former President Nelson Mandela’s 95th birthday and the 67 years he devoted to public service.

All learners and staff at Sinenjongo High School were treated to a boerewors roll, cooldrink and a packet of chips, apple and sweets served by an army of volunteers from the three companies during their lunch break and after each learner had spent an hour picking up litter in Joe Slovo where the school is situated.

Preparations for the meal, which was served during the school’s lunch break, started the day before with Rabie staff bagging up the chips, apples and for each learner.

Sinenjongo High School was adopted by the Rabie Property Group as the major beneficiary of its Corporate Social Investment Project seven years ago and since then has provided capex projects and additional teachers and programmes that have helped turn the school around and boosted its matric pass rate from around 27% to well over 97%. 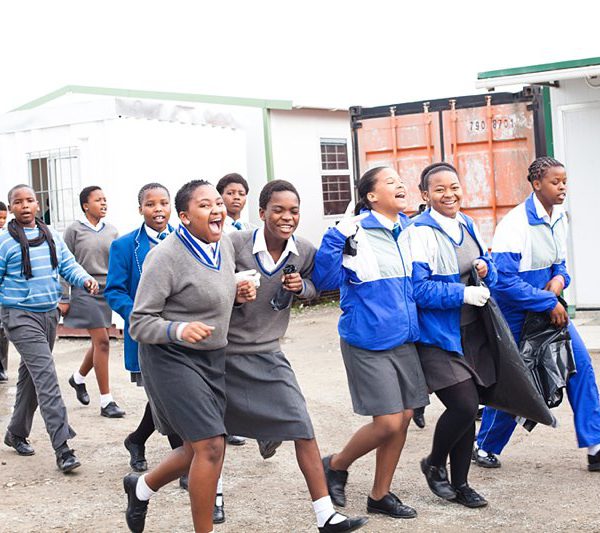 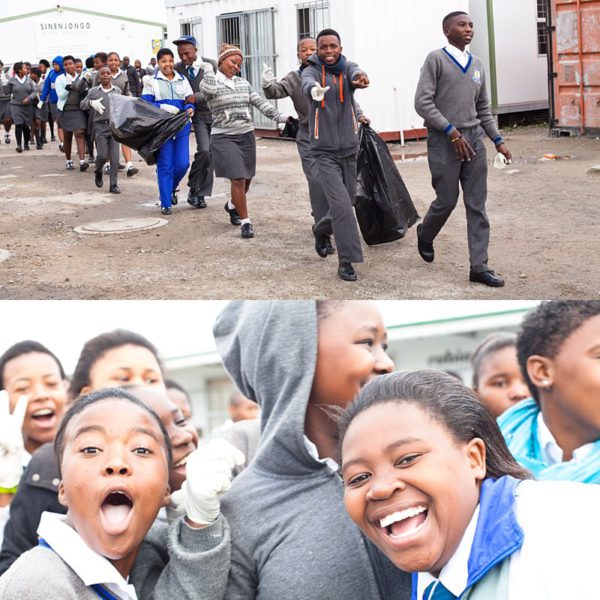 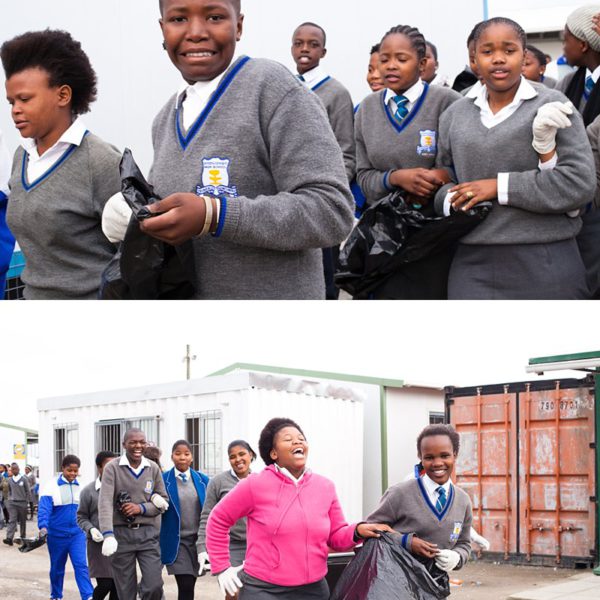 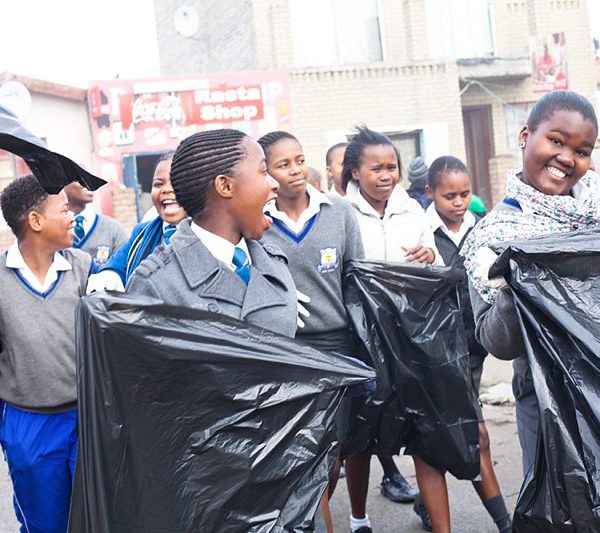 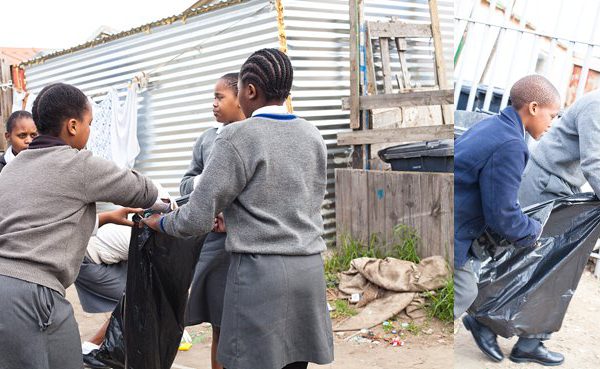 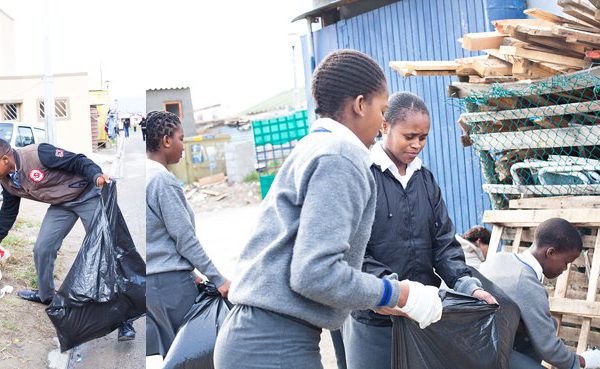 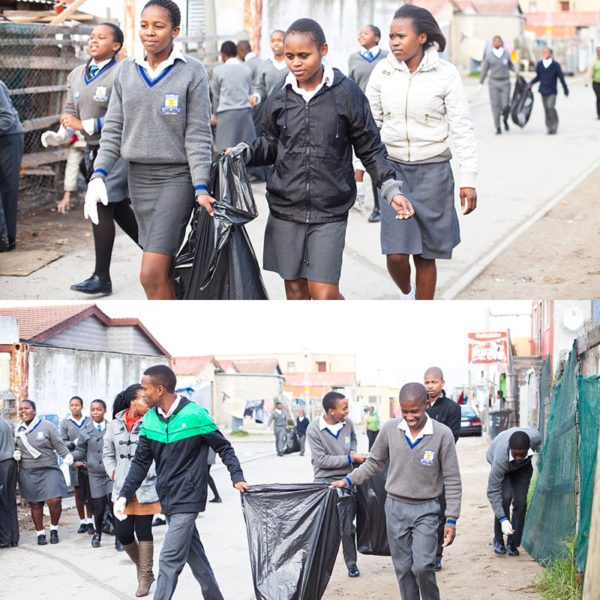 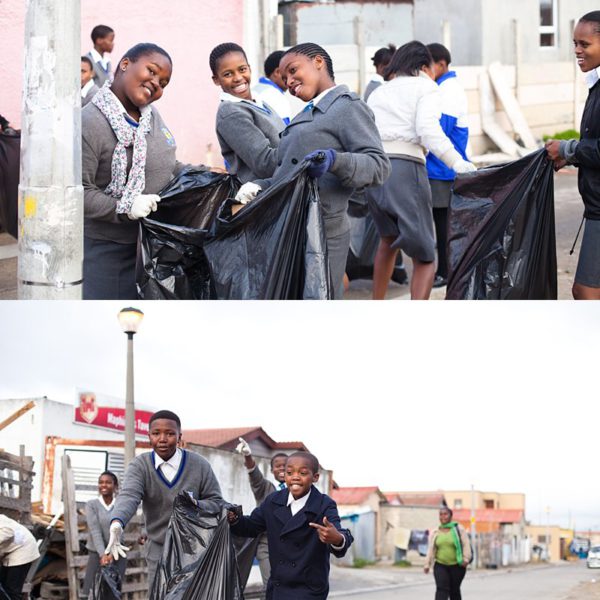 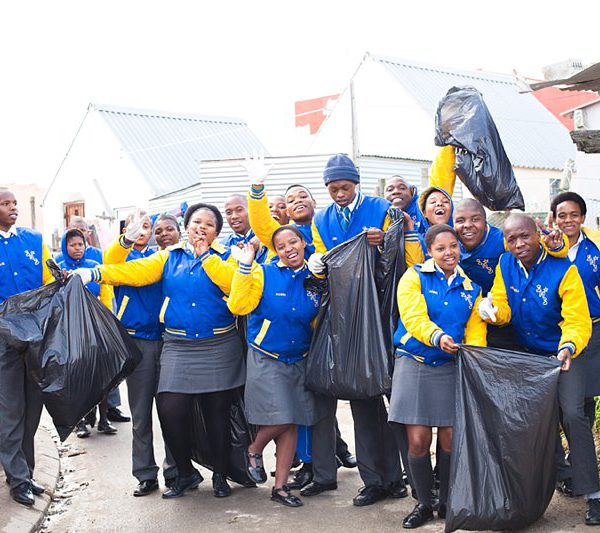 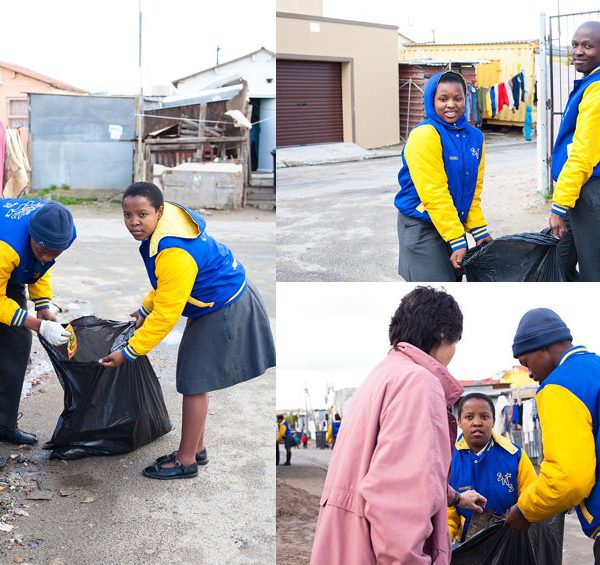 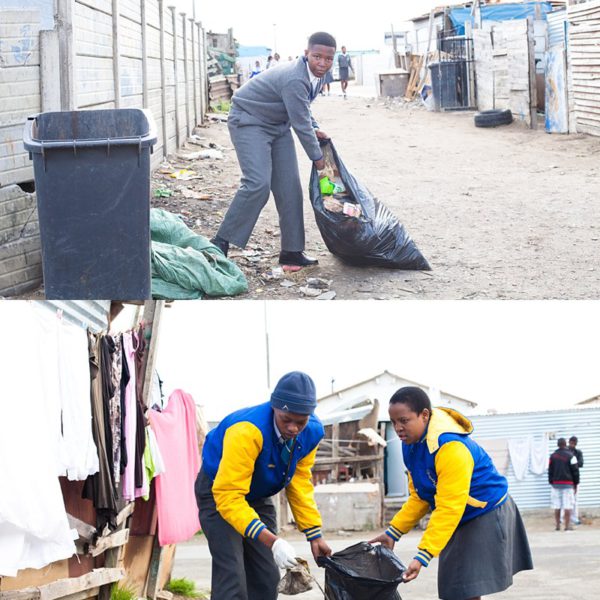 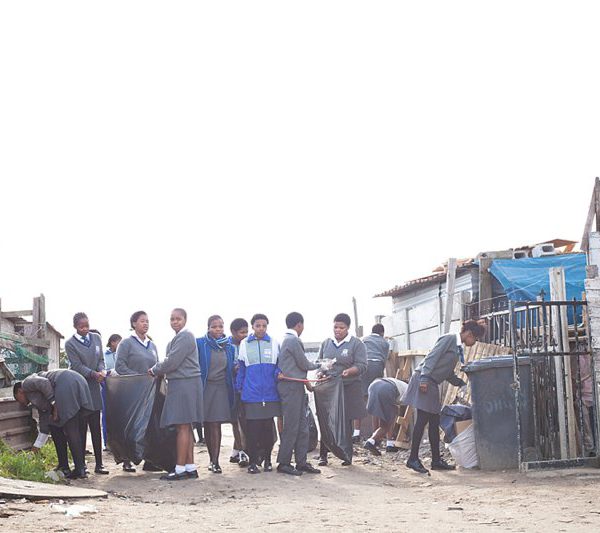 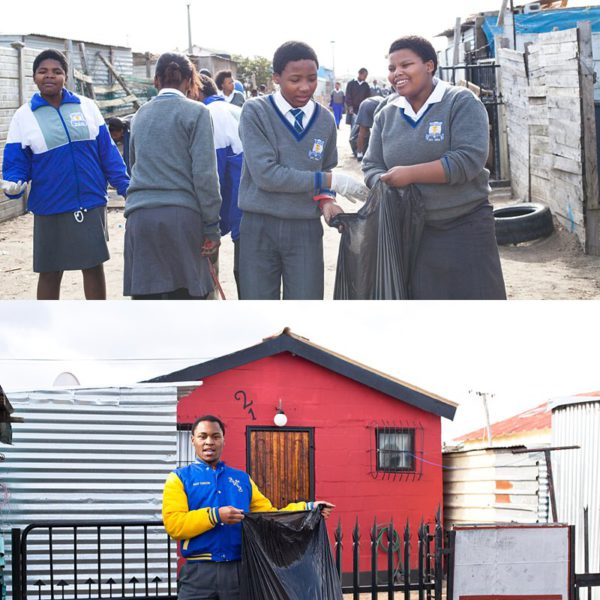 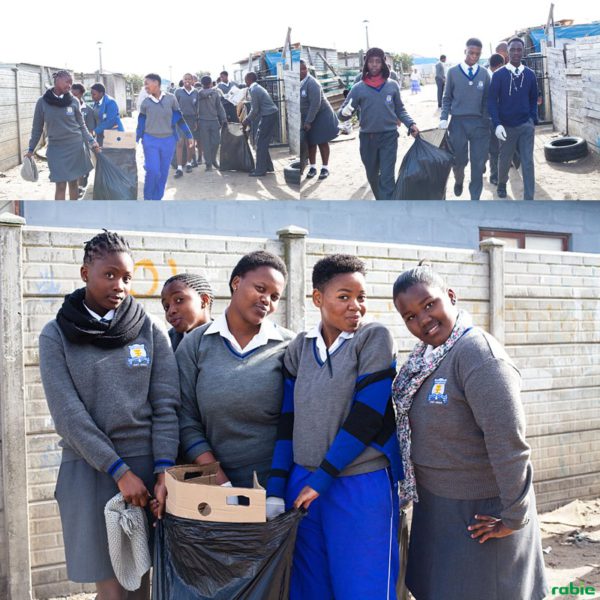 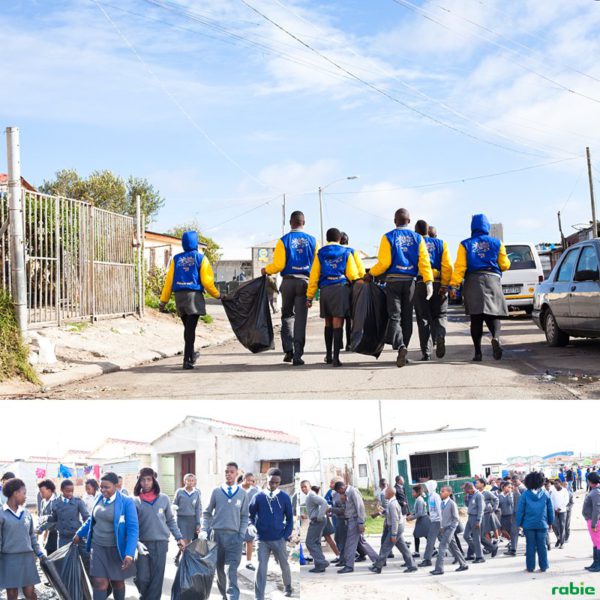 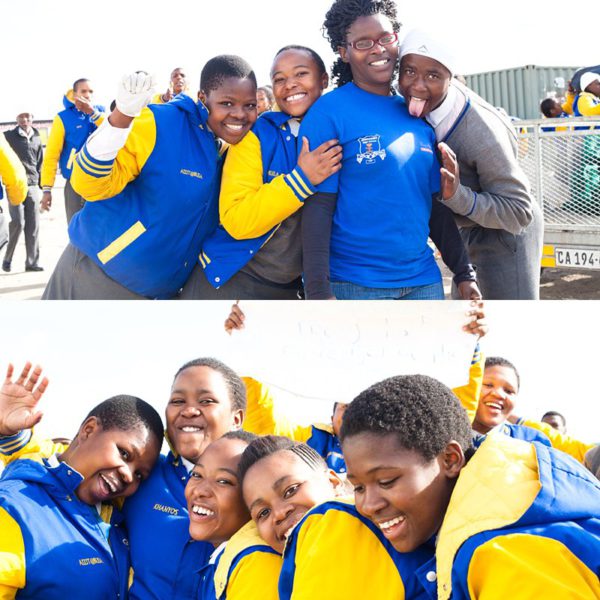 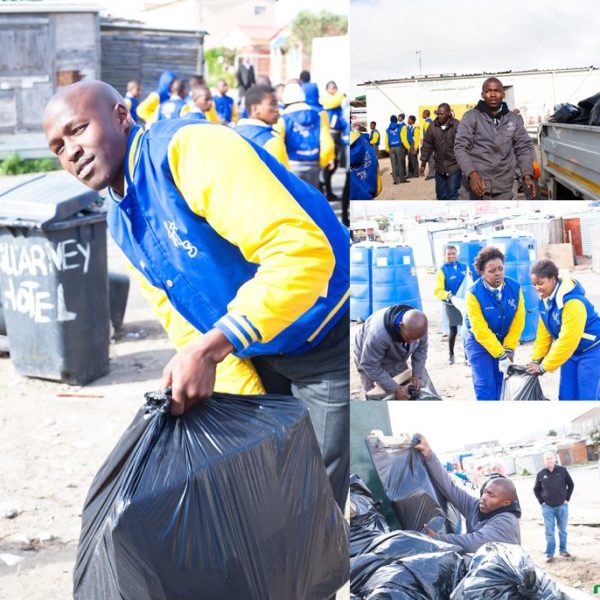 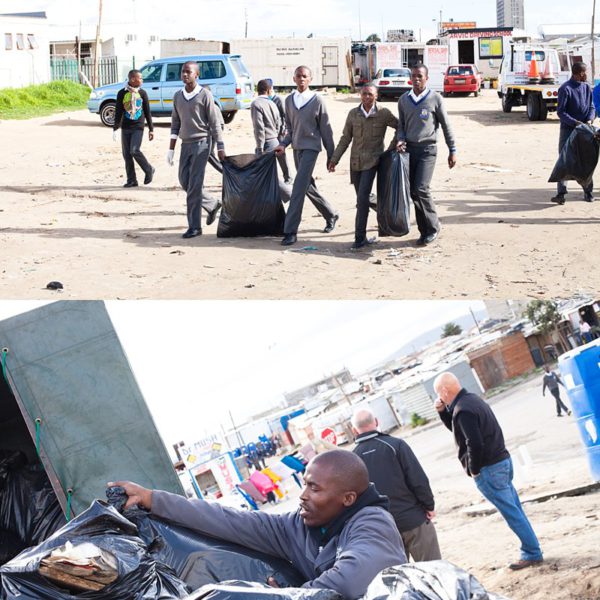 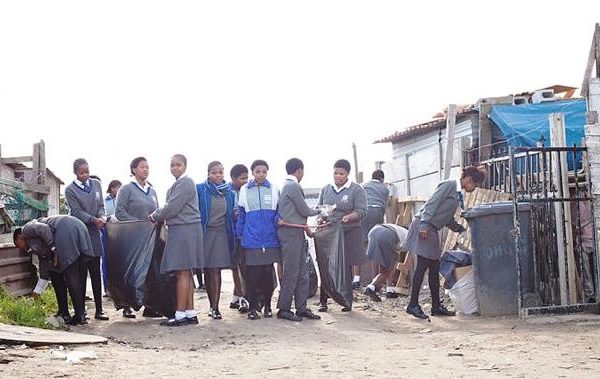