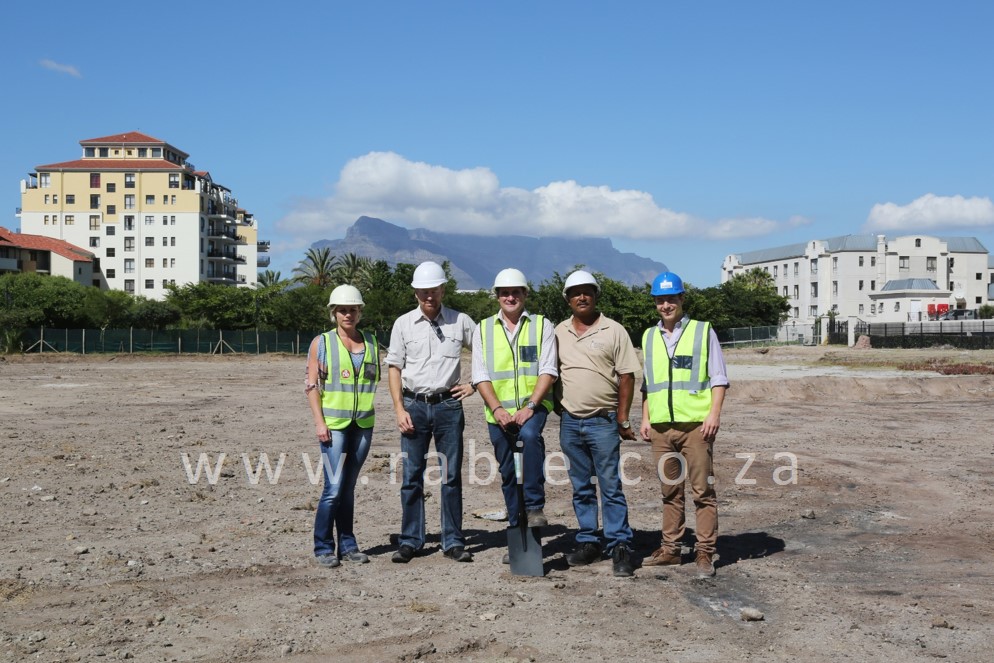 Construction of Mayfair, the latest residential development at Century City which was sold off plan within hours during a buying frenzy in October last year, has now got under way.

The development comprises Mayfair Gardens which consists of 70 residential apartments and Mayfair Court, which consists of 66 units. The apartments – most of which are one or two bedroom with a few three bedroom units – are to be housed in a series of three storey walk-ups which will also be serviced by lifts.

In close proximity to the Canal Walk Shopping Centre and the MyCiTi station, the Mayfair residential component is being developed at a total cost of around R220million.

It is to be developed on a site bordered by Century Way and the Oasis Luxury Retirement Resort. The site has now been handed over to the main contractor, Big Ben Construction, and earthworks have now commenced with construction due for completion in mid-2016.

The apartments, all of which will boast balconies overlooking beautifully landscaped gardens with water features and streams and a meandering walkway, will range in size from 50 square metres to 92 square metres excluding balconies which start at around 10 square metres. Prices varied between R1 050 000 to R2 090 000, VAT inclusive. A handful of ground floor units also boast their own private garden.

Chapman said the launch of Mayfair and its rapid sell-out followed that of three earlier residential developments at Century City in the past 20 months all of which were sold out nine months to a year ahead of completion.

He said the rate of sales at these developments took them completely by surprise and for the first time in a decade they literally ran out of new development stock.

“We worked flat out to bring Mayfair Gardens to the market to meet pent up demand and expected a rapid sell out but had not foreseen that this would happen in just 40 minutes! This was on a Thursday and we had a major advertising campaign breaking in the media on the weekend and we had nothing left to sell so our team had to work through the night to prepare Mayfair Court for sale and by the end of the weekend that too had gone!”

Chapman said while Century City had tended to outperform the rest of the market in recent years due to its central location, its high level of infrastructure, its commitment to being a safe and secure environment as well as the world-class amenities in easy walking distance there were also other fundamentals driving sales.

“There is no doubt property is back in favour with investors as a result of the good return on investment they are getting with rentals which at Century City are practically guaranteed as demand continues to far outstrip supply.”

He said only a few new residential opportunities remained at Century City and they were working around the clock to be able to bring at least one of these to the market in the first six months of this year.