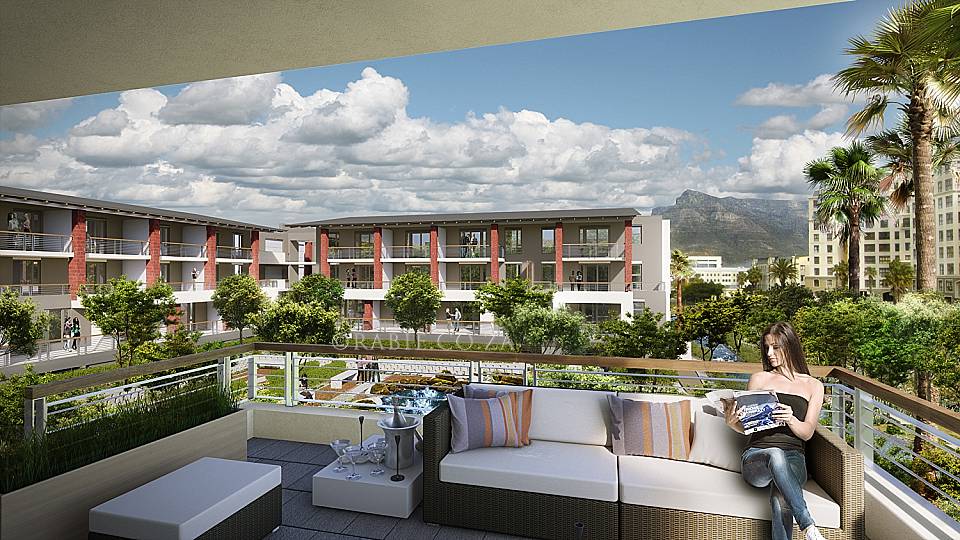 Sales frenzy as Mayfair Gardens sells out at pre-launch

All 70 units in Mayfair Gardens at Century City, Cape Town were sold out within 45 minutes for a total of R106m at the VIP pre-launch function last night.

“It is unprecedented. The last time we saw anything near this level of frenzied buying was with The Island Club launch at Century City 10 years ago,” says John Chapman, a director of the developer, Rabie Property Group.  “It was nothing short of phenomenal with more than 200 people – all of whom were serious buyers – pouring into the offices of Property World, the official on site sales agents, hours before the  launch function was due to begin with some people jostling and arguing over who had gotten there first.  It was a bun fight.  We had to start issuing numbers to people and on a couple of occasions our staff were hard pressed to maintain peace and decorum among the throngs.”

Chapman said they were unfortunately not able to satisfy all those who had arrived at the VIP function ahead of this weekend’s public launch.

“Our staff and conveyancing attorneys are working around the clock so that we can launch the second phase of the development Mayfair Court this weekend as we expect another flood of would-be purchasers.”

Mayfair Court, he said, would comprise 66 apartments, predominantly one and two bedroom selling from R1,2million.  There are also three three bedroom units in the R110m development.

Chapman said the launch of Mayfair followed the successful sell out of three earlier residential developments at Century City in the past 18 months all of which were sold out nine months to a year ahead of completion.  These comprised Ashton Park, a R250m development currently still under construction and comprising a total of 140 apartments and Quayside and Quaynorth, both of which were recently completed and comprise 63 and 28 apartments respectively.

“The rate of sales at these developments took us completely by surprise and for the first time in a decade we literally ran out of new development stock. We worked flat out to bring Mayfair Gardens to the market to meet pent up demand and expected sales to be brisk but never in our wildest dreams could we have anticipated a 40 minute sell-out!”

Chapman said while Century City had tended to outperform the rest of the market in recent years there were also other fundamentals driving sales.

“There is no doubt there has been a swing from equities to property and investors are now back in the property market buying aggressively.   The vast majority of purchasers on Thursday were investors for which Century City properties have added appeal as they are practically guaranteed a tenant as we have a long waiting list of good quality tenants. Due to demand continuing to outstrip supply rentals have shot up in recent years and new one bedroom apartments are fetching around R8000 a month, two bedrooms  R10 000, upwards of R13 000 and around R25 000 for large free standing homes.”

“Mayfair will only be completed in the third quarter of 2015 so one can expect Mayfair rentals will be higher as two sets of escalations would have taken place by then,” said Chapman.