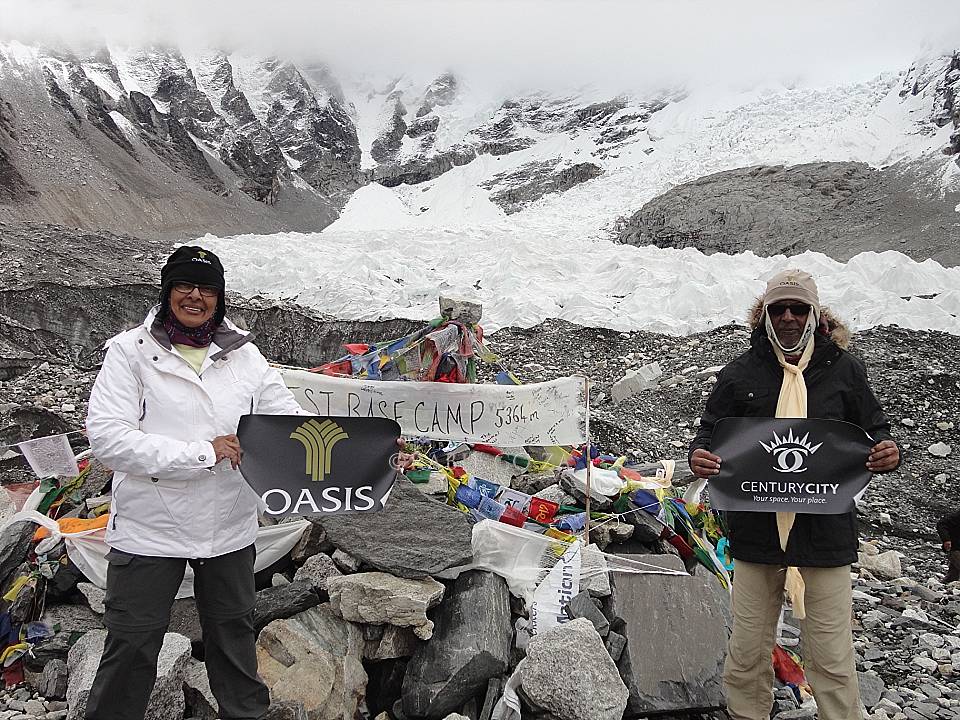 Oasis Couple Make it to Mount Everest Base Camp and Back

Oasis residents Sham and Kruben Moodliar achieved a lifetime goal of hiking to Base Camp of Mount Everest – an altitude of 5364 metres more than five times higher than Table Mountain!

After months of gruelling training and 16 days of trekking they reached the South Base Camp on Kruben’s 71st birthday -on September 21.

“Averaging 12 to 14 hours of climbing daily, it was 200% more difficult than we ever imagined it would be,” says Sham.

“But we had set our minds to it and there was no way either of us was going to give up and when times got really tough we egged each other on.  On the mountain there is just you, your partner and your creator. Nothing else matters. It makes one very contemplative and it crystallises the essence of life. It was very emotional, a hugely spiritual experience. ”

Accompanied only by two sherpas, Sham and Kruben were the oldest climbers on the mountain.

“And they told us they had never taken people of our age to Base Camp before,” says Sham with a gutsy chortle.
On the day of the final trek to base camp, they got up at 3am to start the climb from Gorakshep. All the Sherpas at the lodge woke up early to sing happy birthday to Kruben in Nepalese and they presented him with a blessed scarf they had gotten from a monastery and a bouquet of mountain anemone flowers picked the night before from the side of the mountain.

For the first few hours they walked in the moonlight with the silvery moon lighting the way before they were hit with freezing rain and sleet and what should have been an 8 hour trek there and back took them 14 and a half hours with them having to undertake the treacherous return journey downhill in the dark with just headlights for illumination.

“Due to the numerous landslides and so forth there is no path as such. You have to step over huge boulders testing each one with your sticks to ensure it is safe to step on. Walking on the mountain in daylight is scary enough, but by night was another experience. These sherpas are unreal…..how they know their way over boulders, through rivers and ice is unbelievable! They got us back safely to the lodge….even though we were all wet and soaked and freezing”

Sham says what strikes you most on the mountain is the immense silence broken now and then by the creaking of the glazier and the roaring of a distant avalanche.
On the subject of avalanches, Sham says one of their two Sherpas had been on the mountain when an avalanche struck after their trip and they had not been able to contact him since.

“We have tried both his mobile numbers but there is no answer. We don’t know what to think and have tried contacting his family but to no avail.”
And what adventure are they planning next?

“It’s too soon to say but my sons are praying it will not be on a volcano,” she laughs.

Sham and Kruben will be giving a presentation on their Himalayan adventure in the new function venue at the Oasis Club on Tuesday 2 December at 10am. Anyone wishing to attend should book through Faye Solomon on 021 250 0307. 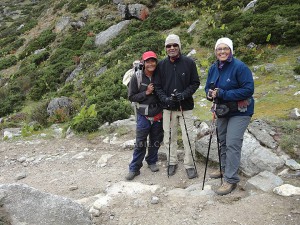 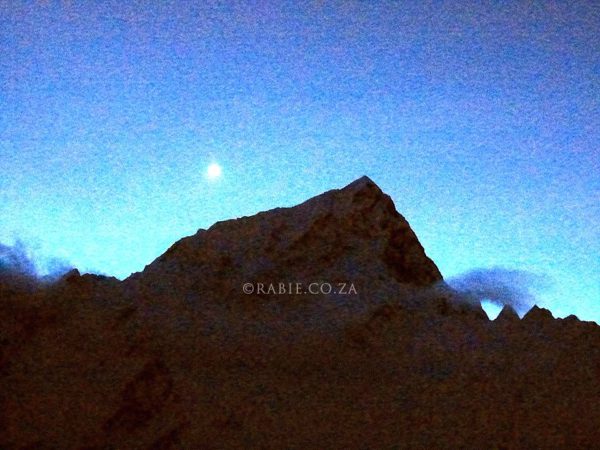 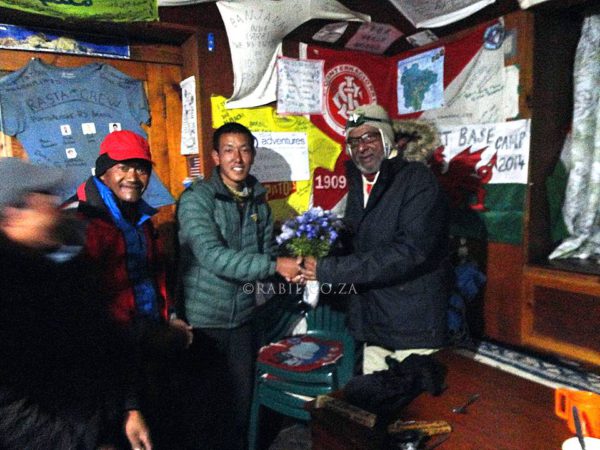 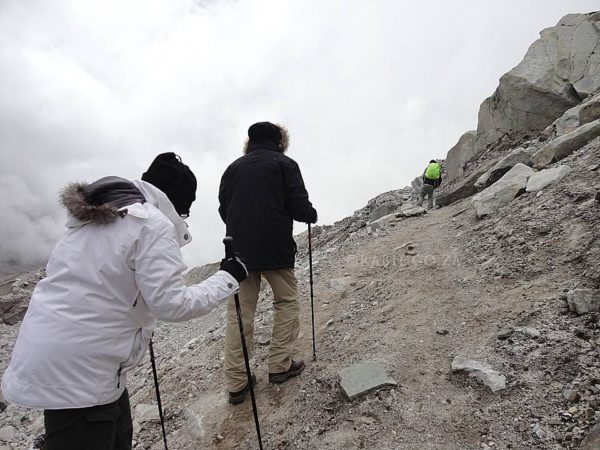 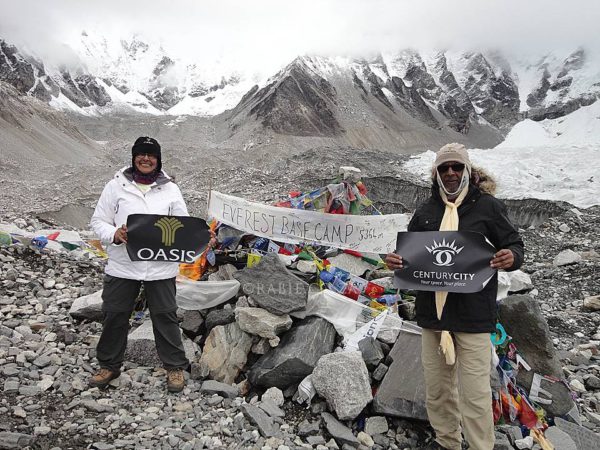 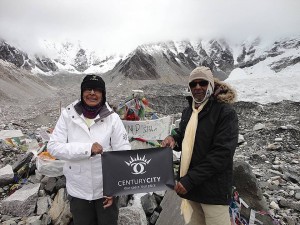