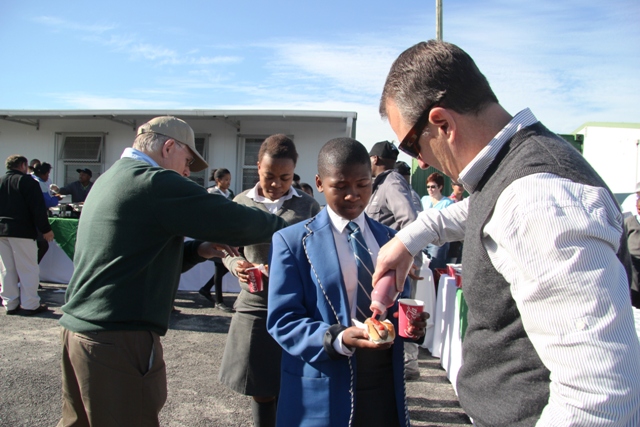 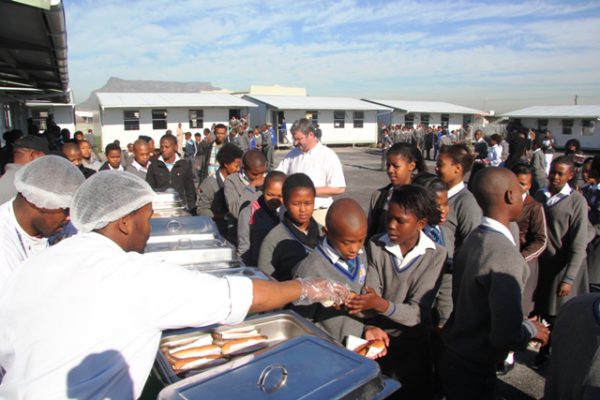 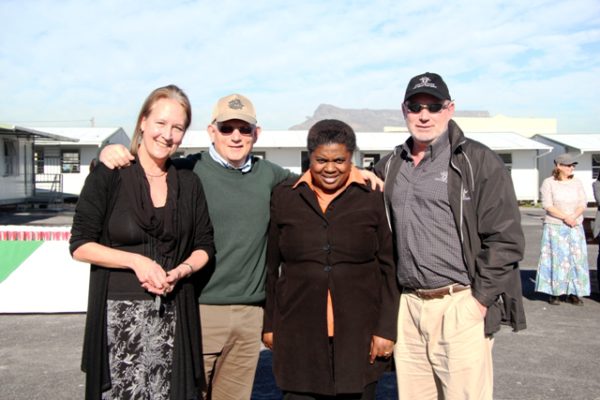 Staff from Rabie Property Group, our theme park, Ratanga Junction and Century City Property Owners’ Association – the non-profit company responsible for the day to day running of Century City – joined forces today to feed the more than 800 learners and staff at 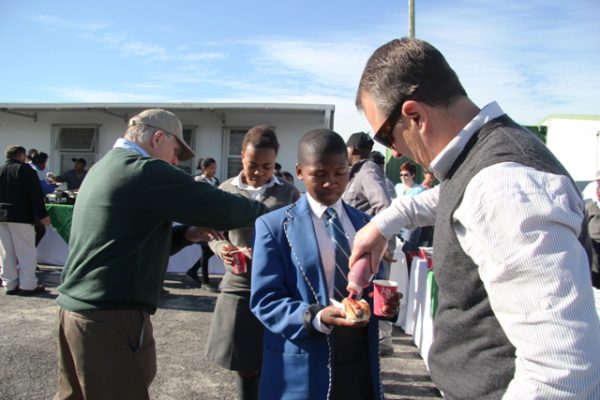 All learners and staff at Sinenjongo High School were treated to a boerewors rolls, chips and cool drinks which were served by an army of volunteers from the three companies including Rabie’s MD Leon Cohen, Ratanga’s General Manager Bill Taylor and the CCPOA’s CEO Chris Blackshaw. 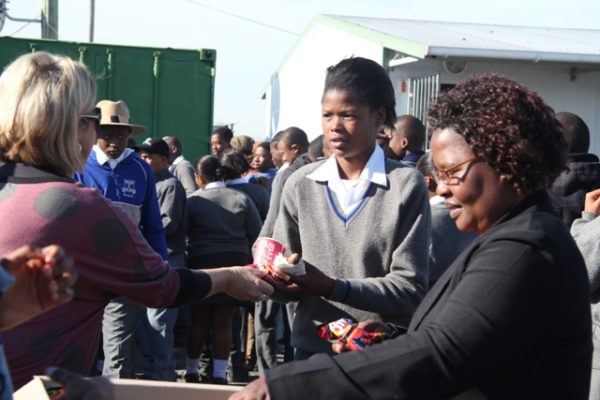 Each learner also received a packet of chips

Preparations for the meal, which was served during the school’s lunch break, started yesterday under the expert guidance of the Ratanga food and beverage team with all hands on deck preparing at the school today ahead of break. 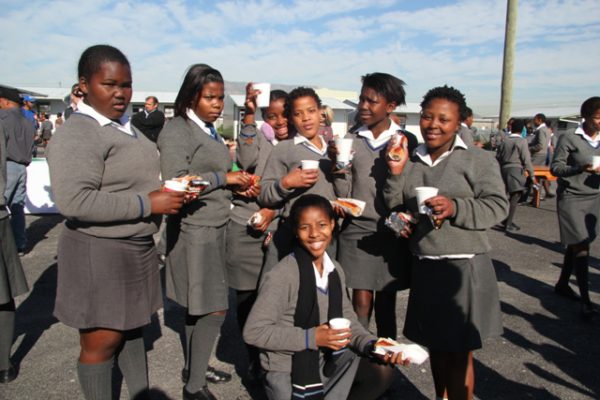 Happiness is a full tummy

So smoothly did the operations run that all 800 people had been served within 17 minutes – something of a record even for Ratanga which has been known to feed up to 10 000 people in any one day! 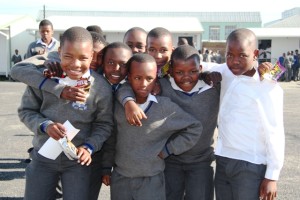 Happiness is a full tummy

Principal Ms Khuleswa Nopote said the gesture was hugely appreciated by all and it would be the only meal many of the learners would get today. 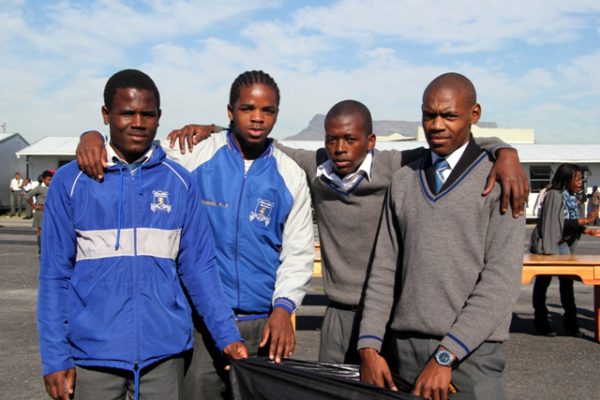 “It is doubly appreciated as the school feeding scheme which provides a daily meal for most of our learners on school days has not yet kicked in for this term.”

Sinenjongo High School was adopted by the Rabie Property Group as the major beneficiary of its Corporate Social Investment Project six years ago and since then has provided capex projects and additional teachers and programmes that have helped turn the school around and boosted its matric pass rate from around 27% to well over 90%.

For the full gallery of images, please visit our Facebook page.