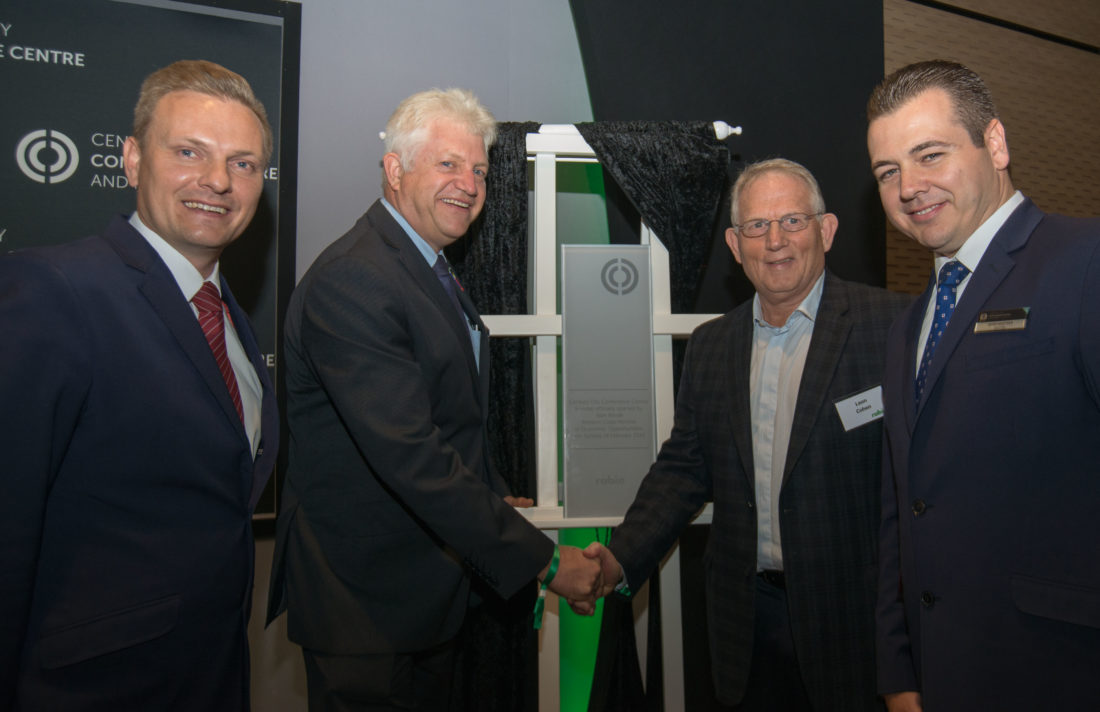 The new 1200 seat Century City Conference Centre, which is expected to attract major additional business tourism to Cape Town, was officially opened Sunday evening by Alan Winde, the Minister of Economic Opportunities in the Western Cape.

The Conference Centre has been developed by the Rabie Property Group as an integral part of Century City Square, the new commercial and hospitality hub of Century City, which has been completed at a cost of R1billion.

The development comprises the Century City Conference Centre, a 125 room hotel,  offices, apartments and restaurants all situated around an open public square with 1330 under cover parking bays being provided in a super basement and structured parking garage.

With a total capacity of 1900, the Century City Conference Centre has been designed to complement Cape Town and Century City’s existing facilities and to not only fill a gap in the market but to also further cement Cape Town’s position as one of the world’s most sought-after conference destinations.

It offers flexible configurations and a total of 20 different venues including 11 meeting and breakaway rooms as well as a business lounge.

Three adjoining halls on the ground floor have a total capacity of more than 1200 delegates seated cinema style with a fourth hall able to accommodate a further 480 delegates cinema style. The multi-function venues are also available for banqueting and exhibitions while a large pre-assembly area is available for exhibitions, product launches and the like.

Officially opening the Conference Centre Minister Winde, commended the Rabie Property Group for its R1billion investment at The Square.

He said the tourism sector had been identified as a key growth area for the region and one of the  strategic goals they had set themselves was to create an enabling environment which would grow business tourism to the region.

The new Century City Conference Centre and Hotel, he said, would make a major contribution to drawing in and accommodating new business to Cape Town and increase the number of conference delegates to the region.  It was also generating more than 300 new jobs.

Joint CEOs of the Conference Centre, Gary Koetser and Glyn Taylor estimate the new conference centre will host in excess of 72 000 delegates in its first year alone and say over 300 new jobs have been created in the conference centre and hotel.

According to Leon Cohen, Managing Director of Rabie Property Group, the conference centre was a response to market demand and had been designed to complement Cape Town and Century City’s other conferencing facilities.