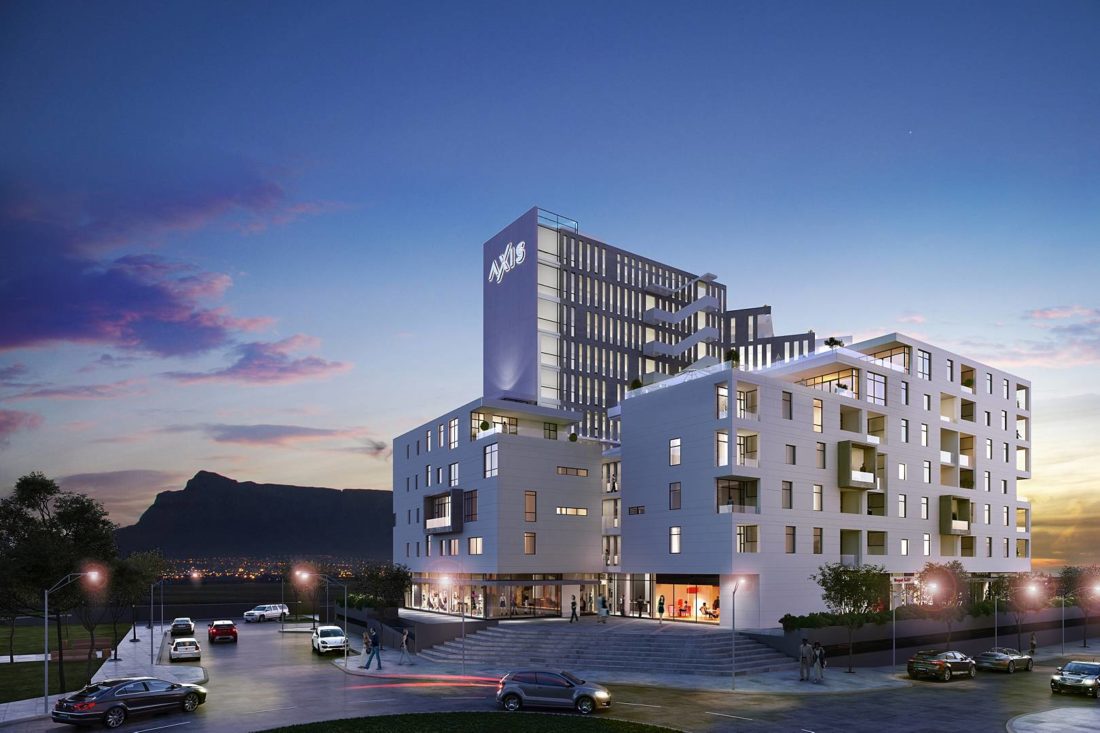 A new batch of one bedroom apartments to meet the needs of investors is being released at Rabie Property Group’s iconic Axis Century City development.

Brian Usher, Sales Director of Property World, the official on-site agents for Rabie, said that following the launch of the R400million Axis in November last year and acting on buyer feedback, the developer had gone back to the drawing board to bring more one bedroom apartments on stream.

“Six of these one bedders have already been snapped up and strong interest is being shown in the remaining nine one bed units, nine of which are priced between R2,61million and R2,98million. These units range in size from 58 to 74 square metres.”

Axis is being developed on a prominent site within the Bridgeways precinct, the bustling new commercial and hospitality hub of Century City which is home to the Century City Conference Centre and Hotel, four restaurants, showrooms, offices and apartments all set around a public open square.

“This location, which is only going to grow in stature going forward, has really strong appeal to the market and already 30 of the 85 apartments have been sold for a total of just under R150million.

“As with our other developments at Century City to date we expect to be sold out long before construction is completed at the end of 2018.”

He says the 11-storey Axis will lift the bar on residential developments at Century City in terms of vistas, luxury, and convenience.

All apartments will boast high-end finishes, Smeg appliances and will have Fibre To The Home providing them with access to high-speed connectivity, the last of which has become synonymous with Century City.

The building will have a state-of-the-art external cladding facade, double glazing on all windows on the outer perimeter and all 29 sea facing apartments will have the lounge air conditioned.

Basement parking will be provided at a ratio of one bay for each one bedroom apartment and two bays for all two, three and four bedroom units. Basement stores are also available.

The ground floor will also comprise a niche restaurant /cocktail bar flowing out onto a terrace and a boutique retail and office component.

A 24-hour concierge in the entrance court will complete the exclusive nature of the development.