Century City : R11billion in new development in the pipeline for Century City 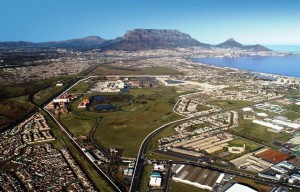 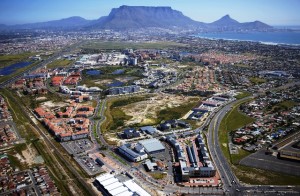 New development totalling R11billion is in the pipeline for Century City where total investment to date has topped R16billion.

The 250 ha Century City mixed use development was launched in 1997 with the remaining undeveloped land and associated rights being acquired by the Rabie Property Group in June 2004. Since then the development has grown from strength to strength with over 50 000 people now living or working within the precinct.

John Chapman, a director of the Rabie Property Group, said Century City has development rights totalling more than 1,25million square metres of which just over 760 000 square metres has already been built and a further 93 000 square metres is currently under construction or in various stages of planning.

“As we stand now the built form comprises around 300 000 square metres of offices, more than 3000 residential front doors and 150 000 square metres of retail as well as numerous leisure facilities including Ratanga Junction and hotels so what you see now is just over half of what this city within a city will constitute when it is fully developed.

“There is no doubt Century City has reached critical mass in terms of a mixed use development and is well geared and well structured to take advantage of the economic upturn we see just around the corner. In fact we expect the pace of development to continue gaining momentum as we go forward thanks to the centrality of the location and all the amenities on offer within the integrated precinct.”

Chapman said while there was generally a shortage of zoned land in Cape Town, they were in an enviable position of being able to immediately push the button on new development as and when the market dictates.

“Furthermore, there are very few if any other nodes that can accommodate large corporate requirements for between 5000 and 50 000 square metres of offices which we can. Many of these now demand state-of-the-art environmentally friendly (green) buildings as is the case with Aurecon whose new regional headquarters are under construction at Century City and which is on course to become the first four-star rated green building in Cape Town.”

Chapman said Century City’s popularity as a corporate location was also in part due to it being well serviced by public transport – extensive bus and mini taxi services and more recently the new Century City Railway Station which came on stream just ahead of the 2010 Soccer World Cup.

“Century City has also been included in Phase 1A rollout of Cape Town’s Bus Rapid Transit System. A feeder route will run from the station through Century City linking up with a main trunk route between Table View and the City.”

He said the ease of private transport to and from Century City from the southern Suburbs will also be hugely improved with the completion of the Koeberg Interchange later this year.

While details were not yet available, Chapman said there were also moves afoot to install one of the first open access networks which will provide the best and fastest voice and broadband services to the people living and working in Century City.