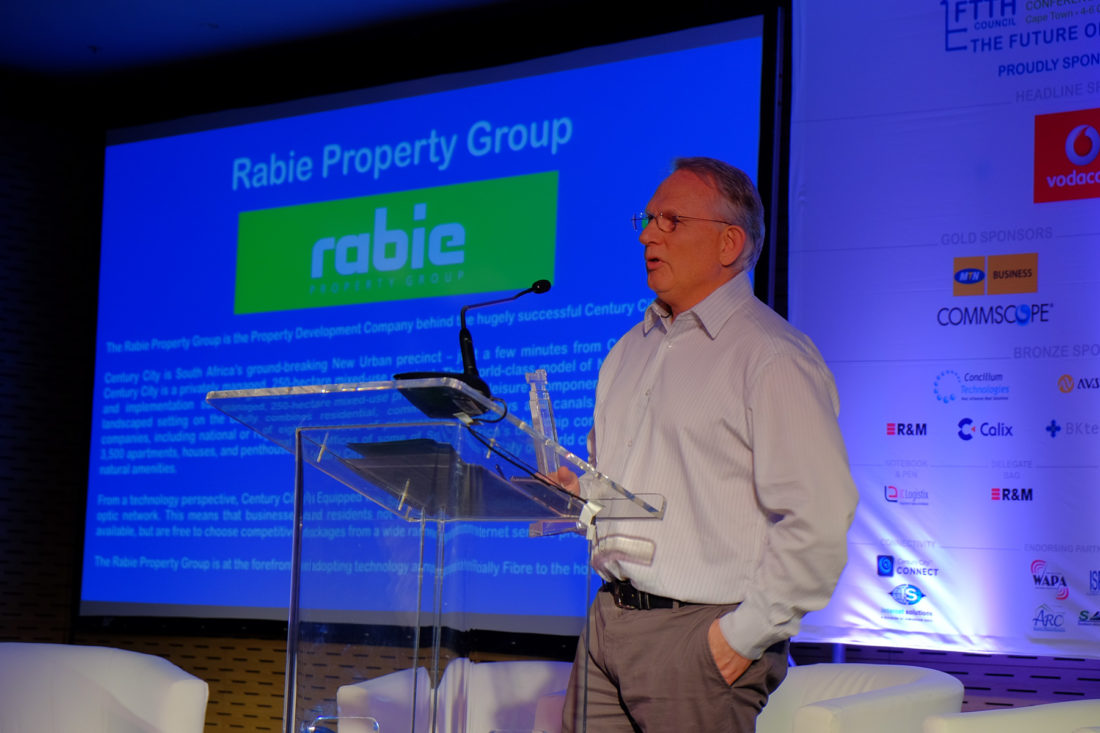 Rabie Property Group, the developer of Century City, Clara Anna Fontein and Burgundy Estate in Cape Town, received an award for the Most Tech Friendly Property Company at the 2016 annual conference of the FTTH Council Africa held at the Century City Conference Centre last week.

Fibre To The Home (FTTH) is currently available to residents at 14 of the 18 residential developments within Century City while 95% of businesses in the precinct are now also able to connect to Century City’s open access fibre optic network.

Hein de Swardt, Operations Manager for Century City Connect, the company which operates a carrier neutral “last mile” open- access fibre optic network within Century City, said in the past couple of years fibre had been deployed to all new residential buildings coming on stream and many of the older buildings had been retrofitted

“We are currently in discussions with the remaining Body Corporates and Home Owners’ Associations to get approval to roll out fibre to these developments as well.”

De Swardt said the 20 or so Internet Service Providers (ISPs) tied in with Century City Connect were offering FTTH packages from as little as R299 per month to residents who were able to choose their preferred ISP.

“There has been this misnomer that fibre is so much more expensive than copper but the reality is not the case. In addition fibre offers faster speeds and it is a real enabler allowing data, voice and multi-media connectivity as opposed to copper which allows for only voice or data.”

According to Brian Usher, Sales Director of Property World, the on-site sales agents for Rabie’s new residential developments at Century City, FTTH is a major contributing factor to the burgeoning demand for homes within Century City from both buyers and tenants.

“This is particularly evident for the younger market for whom high speed internet connectivity is as important as electricity or water connectivity and has been a driving force behind the high demand for rental accommodation within Century City as tenants generally tend to be younger than investors or owner occupiers.

“At the same time it is also a prime consideration for investors as  FTTH  future proofs their investment and makes it more likely they will find a suitable tenant at their asking rental.”

At Burgundy Estate where Rabie recently joined forces with Nedbank to complete the suburb, FTTH is being rolled out to all four new developments they have launched to date.

FTTH is also being made available to all residents at Clara Anna Fontein in Durbanville, which Rabie is developing in a joint venture with the landowners and which will consist of 344 single residential homes and erven and 126 townhouses when completed. 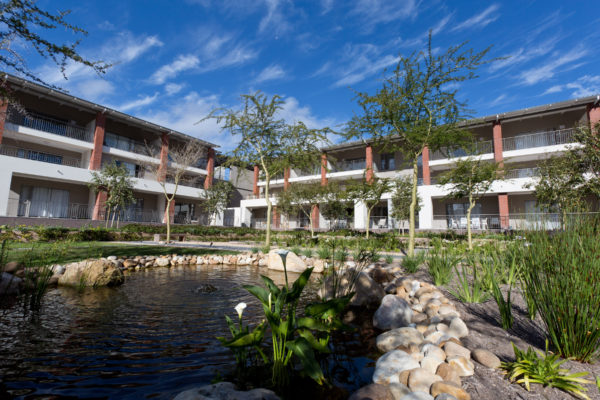