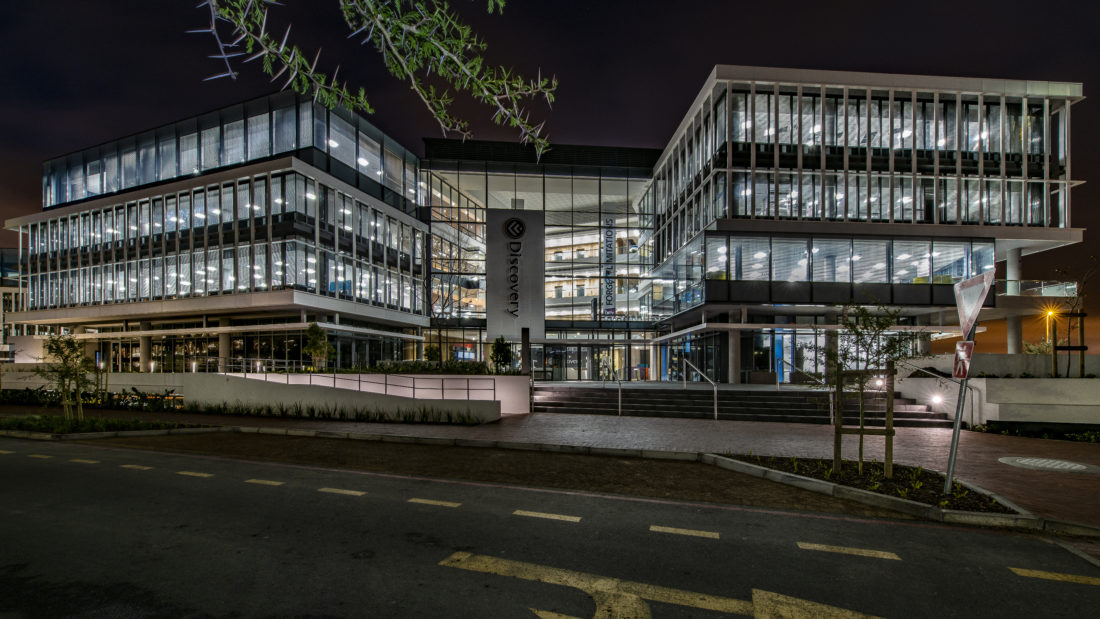 Rabie’s Sable Park took the win at the South African Property Owners’ Association (SAPOA) Awards for Innovative Excellence in the 2019 Office Developments, Commercial category, which was announced at this week’s SAPOA Annual Convention held at the CTICC. Rabie’s most recent residential development, Axis, was on the shortlist in the Residential Category.

Founded in 1966, SAPOA is considered as South Africa’s most respected institution in the South African property industry and is regarded as an influential voice, with its Annual Awards a highlight of the industry’s calendar.

Designed by dhk Architects and constructed by WBHO, Sable Park consists of two buildings – one of 8 300m² and another of 8 000m².  Set along Sable Road on the edge of Century City, the spectacular views and prime location were big drawcards. Completed towards the end of 2018, this 5-star Green Star development has attracted prime tenants. Fully let, Discovery occupies the larger of the two buildings with MTN ICLEI, Byte Orbit, Sasfin and TAL sharing the second.

“We are very humbled at being recognised by the industry for Sable Park in this very competitive category” says Colin Anderson, COO at Rabie Property Group. “At Rabie, it’s a fundamental principle that we develop more than just bricks and mortar and we aim to drive future focused innovation and world-class design principles. Top of mind is that we not only uplift the neighbourhoods and precincts we develop, but that we act responsibly in terms of the environment and provide unique locations for businesses to thrive in.”

“Mixed used precincts are amazing places to work and live in”, continues Anderson, “with Century City being one of the leaders in providing a safe, convenient environment where you can find incredibly beautiful homes and enjoy the benefit of having your office, retail and entertainment right on your doorstep. We were very honoured to win the SAPOA Property Development Award in 2017 in the Mixed-Use Development category for Century City Square, which has grown from strength to strength since then with recent additions of Sable Park, Axis and our new P3 parkade.”

Building on the success of Sable Park and its surrounding commercial office buildings, another state of the art commercial building, Sable Corner, is currently under construction. With a gross lettable area measuring approximately 7 000m² of premium grade office space, Sable Corner is set for completion in the first half of 2020.