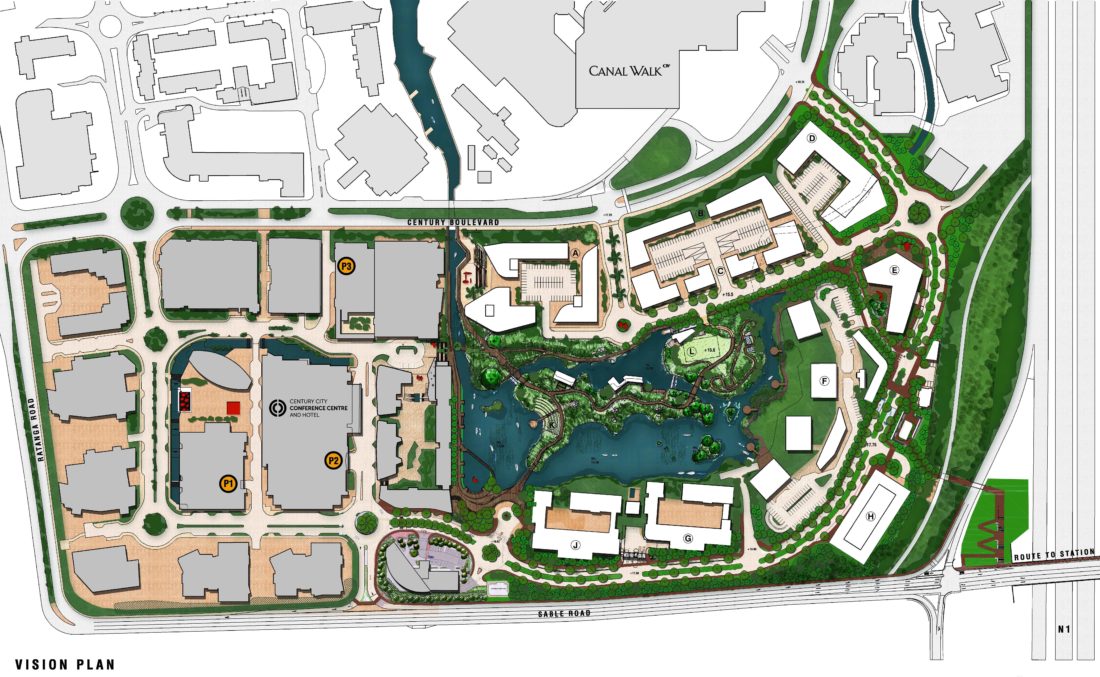 Ratanga Junction theme park, which closed in May 2018, is to be redeveloped into a vibrant new mixed-use precinct of around 120 000 square metres.

The new precinct plan for the site, which includes residential apartments, a retirement component, a hotel, restaurant and offices all set around beautiful water bodies and a large public park, has been approved by Council.

The rides are in the process of being decommissioned and moved and demolition of the existing structures on the site will commence towards the end of this year.  Negotiations to relocate some of the smaller, popular rides to another location within Cape Town are well advanced. An announcement in this regard will be made in due course.

A hard edge canal wall on the northern side of the site will be created which will form the foundation for a future water-fronting mixed use development incorporating a hotel, residential apartments and showrooms and providing an attractive public realm.

Much of the current landscaping is being retained while the current water in Ratanga will be drained over the next few months to allow for the sculpting of the new Ratanga footprint which will include much larger water bodies around which the new developments will be constructed.

Rabie director John Chapman says the legacy of Ratanga was being honoured with the retention of much of the spectacular vegetation which had been established over 20 years.

He said any vegetation that could not be re-used in the precinct has been donated to community organisations including Lentegeur Psychiatric Hospital in Mitchell’s Plain to help transform it into a healing and tranquil environment.

“It is envisaged that many of the current water-based sport activities, the weekly Park Run and other community events will utilise this new scenic public realm and a pedestrian bridge will link the current Brideways precinct area to the Ratanga redevelopment over the Grand Canal.’’

He said it was also the intention to retain the old Ratanga train that runs between the old Ratanga site and Central Park. The rail track will in part be rerouted to create a scenic loop over the water.