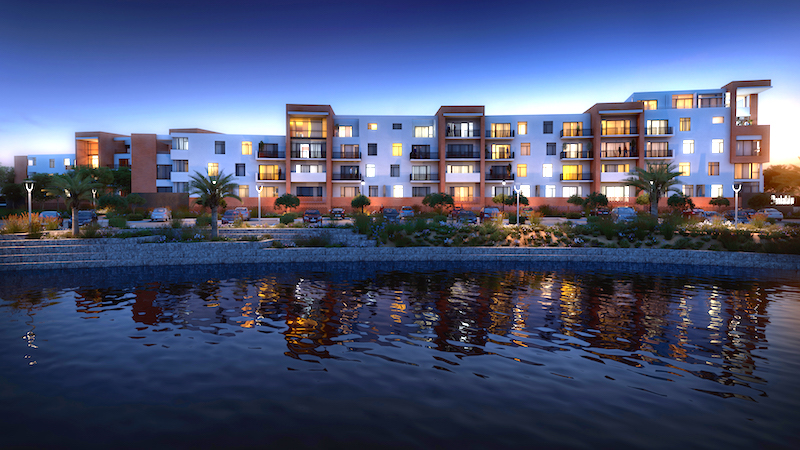 Residential sales totalling more than R857million have been notched up at Century City by the Rabie Property Group so far in the current financial year ending June 30 2015.

Of these sales, just under R633million were achieved by Property World, the on-site agents for the Rabie group. New development sales accounted for the bulk of this with 252 units being sold for a total of just over R469million giving an average selling price of R1,86million.

In addition 81 resales totalling R162million were finalised by Property World during this period.

Brian Usher of Property World said the sales so far this year were running about 57% ahead of forecast due to a number of additional new developments being brought to the market earlier than originally envisaged to meet the unexpected surging demand.

He said 53 of the 63 units in their latest residential property project, Manhattan Quarter, had been snapped up by purchasers for a total of R120million before they had even marketed the project and released it to the general public.

“Our last two property launches sold out within 45 minutes in a buying frenzy and many would-be purchasers were left empty handed. We offered these disappointed clients the first opportunity before opening it to the broader public.”

The Rabie Group is also a joint venture partner with the Harries Projects Consortium developing the Oasis Luxury Retirement Resort at Century City where a further 57 apartments totalling R224million have been sold so far this financial year.

Of these, 33 were new property sales in Palme d’Or – the fourth block of luxury apartments – totalling almost R144million and nine sales totalling R33,5million were in the third block, Palm Royale. There were also 15 resales totalling R44million during this reporting period.

John Chapman, a director of Rabie, says property sales were substantially ahead of budget for a number of very good reasons.

“The lifestyle it offers is hard to match in terms of the wide array of world-class facilities and amenities right on one’s doorstep and which are growing all the time. Just for starters, the existing four schools and two crèches will be further boosted by a Curro high school and a third crèche over the next year or two.

“Then there is the high level of safety and security and the well maintained and managed infrastructure and public realm. It really ticks all the boxes in terms of a live, work, play environment.”

Chapman says Century City residential units were also in high demand with investors who still account for 50% of purchasers of “new” or “off plan” sales.

“And this is because there is such a high demand for rental accommodation in the precinct that you are virtually assured of a tenant from day one and at comparatively high rentals.”

He added that the modern designs and interesting architecture of the different residential projects at Century City were further contributing factors to the success of the precinct.