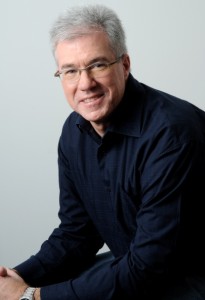 In what is believed to be a first for the African Continent, Century City is set to launch an Open Access fibre  network which will offer those living and working in the Century City the country’s fastest  broadband data, voice and multi-media services.

To be known as Century City Connect, the open access Fibre-to-the-Premises network will be “carrier neutral” which means that businesses and residents situated in Century City will not be tied in or forced to use any specific voice or Internet Service Provider (ISP).  Alfie Martin, a director of Century City Connect, said their clients would have a choice of a number of pre-selected blue-chip ISPs to choose from that will be hosting their services in a purposely built Century City Connect Optical Exchange Node (OEN).  “By building an open access network and offering a centrally hosted distribution exchange for ISPs to host their services in, Century City Connect will ensure that only the best and fastest voice and broadband services are offered to people living and working in Century City.  It will bring Century City in line with most first world countries which enjoy an average global residential internet connection download speed of 4,4 Megabits per second, which is about 10 times faster than the 512k that most South African households experience on average with their Telkom ADSL or mobile 3G/ HSDPA connections.”

Martin said Century City Connect would be able to provide a range of speeds to commercial end users tailored to their specific requirements in line with first world business demands.  He said the biggest challenge for leading ISPs today was the question of when they should invest in bringing fibre connectivity to a corporate and commercial node like Century City.   “To date, ISPs have had to respond on an ad-hoc basis to enquiries from their clients and only if any proposed connection warrants all the expenses associated with servicing potentially only one customer in such an area, the choice is often to simply fall back on Telkom’s existing copper infrastructure due to the extended Return on Investment associated with such fibre installations.  Where they do opt to lay fibre, the high cost of this – around R65 000 or more – has to be recouped from the client who is then tied into that particular ISP on a lengthy contract even if they are unhappy with the service provided.”  Century City Connect, he said, will fast-track and deploy a fibre connection to each stand boundary in Century City.    “Once the network is up and running and clients decide to apply for services, it will take a mere two weeks to fully terminate a Fibre connection to the client and enable the responsible ISP to provide services over the link. Century City Connect will therefore provide ISPs with a fast and simple path to provide super fast broadband and high quality voice services, combined with the latest IP media and wireless mobility services to clients within the Century City limits.  The benefits to the end-user are considerable as they will not have to enter into lengthy contracts with a particular ISP and if they are dissatisfied with the service rendered they can swop to another ISP on the network. This will increase competition among ISPs both in terms of the services they offer as well as pricing.”

Furthermore, Century City Connect will host the latest IPTV and community portal services available from Multichoice today.   “These services were released for corporate users in April 2010 and will be available for the residential market by September this year. The seamless hosting of these exciting new services by Century City Connect will enable people living and working in Century City to have access to the latest and greatest digital media content that is available.”  Martin said that in addition strategically placed Metro WiFi radios will be installed along the main Century City Boulevard and will cover most open areas. The network will further be used to expand Century City’s CCTV surveillance network and further improve the quality of the cameras currently installed by converting the current connections from WiFi to fibre.

“This WiFi network will be an extension of the fibre network and will effectively give individual users ‘Mobility’ when leaving their home or office. What this means is that you will still be in touch and able to connect to your own user account over the ‘Mobility’ network. Via their Smart Phones, iPads, Galaxy’s, tabled PC’s or wireless VoIP phones, users will be able to use their own broadband account to collect e-mail, browse the internet or make phone calls using their home or office account.”