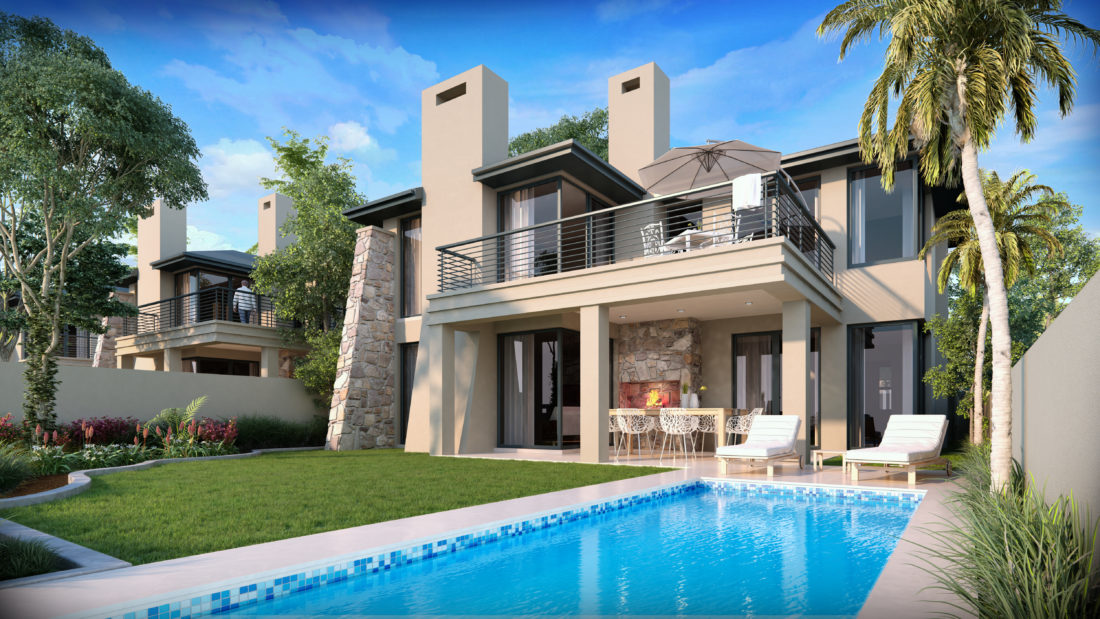 Buyers have snapped up 36 of the 57 townhouses in the first phase of the exclusive Clara Anna Fontein lifestyle estate in Durbanville and 313 of the 344 single residential erven.

Mariska Auret, project manager at Rabie Property Group, which is undertaking the development of Clara Anna Fontein in a joint venture with the landowners, said the townhouses in The Village had been sold for a total of R148million.

The remaining townhouses in the first phase of The Village, which will eventually comprise 126 townhouses, are priced from R3,45million to R5,5million and vary in size from 170 square metres to 281 square metres with buyers having a choice of six different layouts – three single story and three double storey. All units will have three bedrooms, two bathrooms and a double garage while some will also have a laundry/utility room or scullery.

Auret says the townhouses will be separate title and will be free-standing with private, landscaped gardens and automated irrigation systems.

Clara Anna Fontein estate borders a private game reserve and is destined to become the most sought-after address in the northern suburbs. When completed it will also include a Reddam House private school, construction of which has started and which is due to open in January 2017, and 176 retirement homes which are currently on the drawing board and which could be released during 2017.

The design of the townhouses by Vernon Viljoen Architects incorporates a number of exciting upmarket architectural features including stone cladding, timber and large expanses of glazing.

Construction of the townhouses in the first phase is anticipated to start in August this year with handover and transfers from June to December 2017. The contractor is Big Ben Construction.

The estate will also include a range of recreational and sports facilities including two tennis courts, one squash court, a fully equipped gym and a 25m lap pool as well as entertainment and function venues in the existing buildings which are to be extensively refurbished.

Subject to Heritage approval, the original 18th Century Manor House on the estate is to be restored and extended to provide a Clubhouse where residents will be able to enjoy a meal or meet friends for a drink while overlooking the dam.

Clara Anna Fontein is being developed as a high security estate with an extensive network of CCTV cameras on the perimeter and throughout, biometric access control, electric fencing and anti-dig barriers as well as 24 hour manned security. All residents will also enjoy fibre to the home as well.

The construction of roads and services is currently underway while the Gatehouse, which will provide a dramatic sense of arrival, is expected to be completed towards the end of this year. 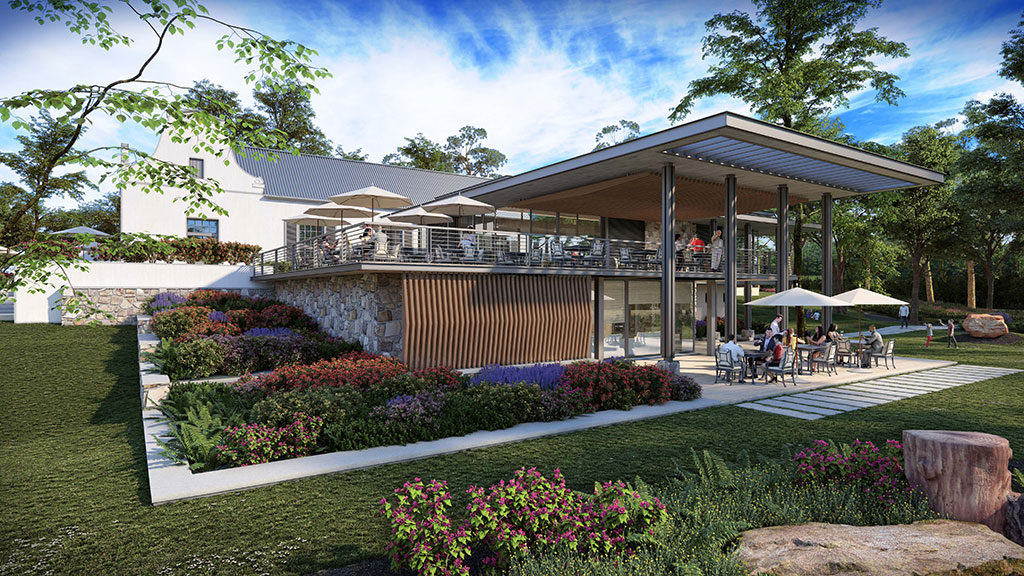 Artist’s impression of the new clubhouse at Clara Anna Fontein