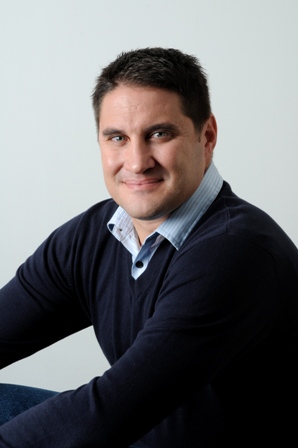 Recently promulgated SANS 10400-XA, which regulates the minimum standards required in terms of energy efficiency in new buildings, will push up the cost of new developments but will result in long term energy savings  for end users.  So says Miguel Rodrigues, a project manager with Rabie Property Group.

Rodgrigues says the new legislation was promulgated in November last year. Owners could apply for exemption for projects where design had started prior to the legislation being gazetted or within six  months of coming into effect even if construction only started afterwards. Exemption approvals carry a 12 month validity period.

“However,  all projects going forward need to adhere to SANS 10400-XA, which covers everything from pipe thermal quality to glazing quality to design assumptions and building envelope requirements and of course energy usage.”

Rodrigues said while Rabie wholeheartedly welcomed the new legislation  as it was imperative to find ways to reduce the carbon footprint and increase sustainability of development, it did present the industry with new and additional challenges which would inevitably increase building costs that in turn would have to be passed on to the consumer.  “We, as an industry, are going to have to get consumers to understand that while initial purchase prices may be higher they will reap the benefit in the form of long term savings in reduced electrical consumption.”

Rodrigues pointed out that, among other things, the new legislation limits the amount of glazing that is allowed on each of the orientations.

“It requires that most of the glazing in the building be installed on north facing façades to allow for solar heat to penetrate the glazing during winter months. While this suits us fine at Century City as the north facing sides of buildings offer the best mountain and sea views this is not necessarily the case in other development nodes.”

“The Atlantic Seaboard for example faces due West and many of the existing buildings with their large sea-facing windows and aluminium sliding doors would not be permitted under the new legislation.  New buildings are going to have to limit the amount of West facing glazing to a stipulated percentage of the net floor area and will also have had to incorporate shading devices, high performance glass, double glazing and so forth.”

He said the legislation also requires that at least 50% of all water heating in new buildings be derived from energy saving devises – either solar heating or heat pumps. In addition all pipes need to be insulated and all cylinders need to be covered in blankets.

“Prior to the new legislation being promulgated, we at Rabie had already implemented a number of these new requirements, particularly in terms of water heating, in our new developments. In fact our three most recent developments, Little Moorings, Quayside and Quaynorth all have communal water heaters among other energy efficiency measures.”

In terms of the new legislation all walls, ceilings and floors now need to carry a minimum R- value (thermal insulation capacity).  “However, in Cape Town we are relatively lucky in that we are classified as a temperate coastal climatic zone so our minimum R-value requirements are lower than the hot/arid interior areas which experience greater temperature fluctuations.”

He said that while green buildings issues were still relatively new for most people, it would only be only a matter of time before astute investors would only buy or rent green friendly buildings.

“While they might be more expensive up front the running costs, particularly in terms of energy consumption, will more than offset this down the line and astute investors are not going to want to be left with expensive buildings to run particularly in view of South Africa’s rising energy costs, which in turn drives the value of the investment down.”