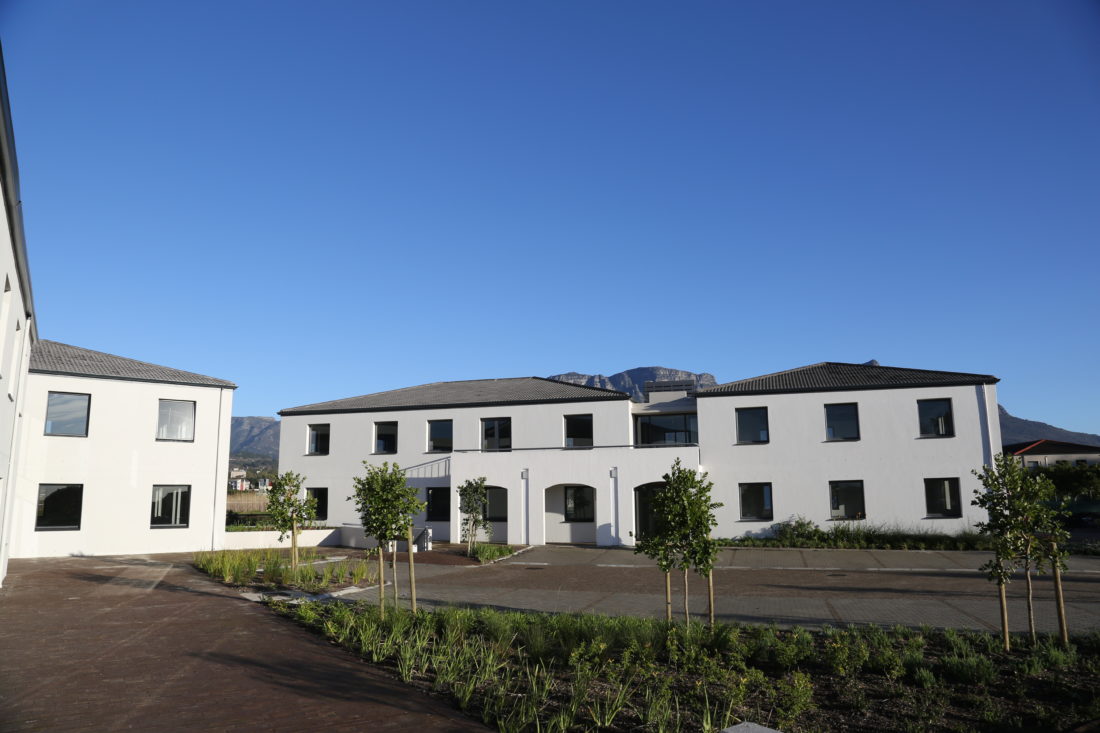 A strong pick-up in demand for offices in the Southern Suburbs has seen buyers and tenants snap up two thirds of the 5600 square metre phase two of the Greenford Office Park development bordering the Kenilworth Race Course.

The development, now under construction with a phased completion through to end June 2015, comprises seven standalone A-grade office buildings, varying in size from just over 300 square metres to 1375 square metres.

Greenford is being developed at a cost of R80million in a joint venture between Rabie Property Group and Western Province Racing.

Raynard Haupt of Rabie says a 355 square metre office was under offer with only 1442 square metres of offices remaining to be bought or let.

He said phase two, which has been designed by Stauch Vorster Architects in a modern Cape vernacular, had been launched into a soft market.

“Initially there was only marginal interest and the first block was built on a speculative basis.

“However the market has turned around significantly in recent months and we have had to step up to the plate to meet the increasing demand.”

Haupt said construction was being undertaken by Big Ben Construction. Two of the buildings will be completed and occupied by the end of 2014 and the rest will be occupied from February 2015 with total completion scheduled for end June 2015.

All the office buildings offer a mix of basement parking and open bays on a ratio of four per 100m2.

Phase one of Greenford comprised 19 small office blocks totally just over 10 000 square. It is surrounded on three sides by a nature reserve and enjoys spectacular mountain views.