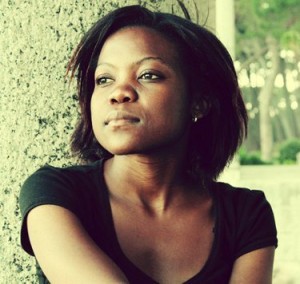 As a post grad student at UCT, I was honoured with an invitation to the upcoming TEDx talks.  If you are unfamiliar with TEDx, it is a subsidiary of TED Talks whose tag line is “Ideas worth spreading”. Be sure to find them on the web and watch some of their talks and have your mind blown on any subject that is of interest to you.

So, I have been a fan of TED Talks since I found out about them last year, and have spent  many hours on the internet watching talks by people around the world on subjects close to my heart (education, poverty, youth and art) and those things that are completely outside my zone of normal interests (war, animals, medicine and statistics). The point of TED is for people to be inspired, for people to think differently, feel differently and make a difference in the world.

I had a look at the speakers that will be speaking at TEDx in Cape Town (my very first live TED talk!) and I thought “wow, what am I doing with my life while my peers are changing the world?”  Have a look at the featured speakers and be inspired. Just reading about what some people are doing to change the world makes me want to get my act together.

Another thing I started doing last year was to volunteer to tutor maths and science at Sinenjongo High School in Joe Slovo Park. In case you missed it above, I am passionate about youth and education.  I love teenagers, I enjoy their company and I relate to them much better than any other age group.  They are in a place in their lives when they think they know everything but are still asking so many questions about so many things, mostly trying to form an opinion of the world and articulate their identity in that world.  My passion for education in South Africa stems from my desire to see these young people succeed and see them being members of a successful community, that this world that they are trying to figure out would be better with them in it and with them working towards that success.  I have had the privilege of living out my passion through the grade 10 learners at Sinenjongo since April 2011, and I can only say it’s been an honour and probably the best use of my Saturday mornings as a 20-something year old.

I remember talking to some of the girls in my first session, when I asked what they wanted to do after high school and a couple of them said they wanted to be domestic workers.  That response broke my heart, not because I think domestic work is lowly, but because I would expect 16 year olds to dream a little wilder and bigger.  The girls had set a ceiling for themselves because that was their reality that was what people around them did.  A time comes when you need to stop going to school and find yourself a menial job to get you from day to day.  So I had to tend my broken heart with the determination to make a difference in these girls’ lives by assisting them in getting equipped to broaden their worldview.

The reward for me has been seeing the girls come to life, hearing one of them telling me that she wants to be a quantity surveyor and hearing another saying that she wants to know more about university open days.  It’s been the small victories of someone saying that they were on the verge of failing maths but they are now in grade 11 and they are passing all their tests.

The joy of inspiration is in the fruit that it bears, it’s in the life in the eyes of teens who see how so many things are possible for them and within reach, all it takes is some hard work, all it takes is giving up 2 hours of your Saturday morning for you to get better marks which will lead to greater options in future.  My biggest lesson in the 16 months is that in order to succeed in inspiring a teen to study is by selling them the big picture, but also making that big picture attainable to them.

The students at Sinenjongo have had the privilege of having Rabie and other corporate sponsors back them up.  More than the money that has gone into the school, the students see that there are people who have invested in their future, and people who care to see them succeed.  It is the feeling of knowing that someone believes in you that drives a lot of the learners I have interacted with at the school.  That little boost in confidence is sometimes all it takes for a learner to go from going through school like it’s a chore to going to school and having a desire to learn because it’s a means to achieving great dreams.

This whole experience teaches me that while we may not all end up speaking at TEDx, we certainly have it in us to make a difference in our world. Our gifts to our community do not always have to be monetary, they can also be our time and our ability to show that we care.

Find things that inspire you, live out your passions and also seek to inspire others to greater heights.