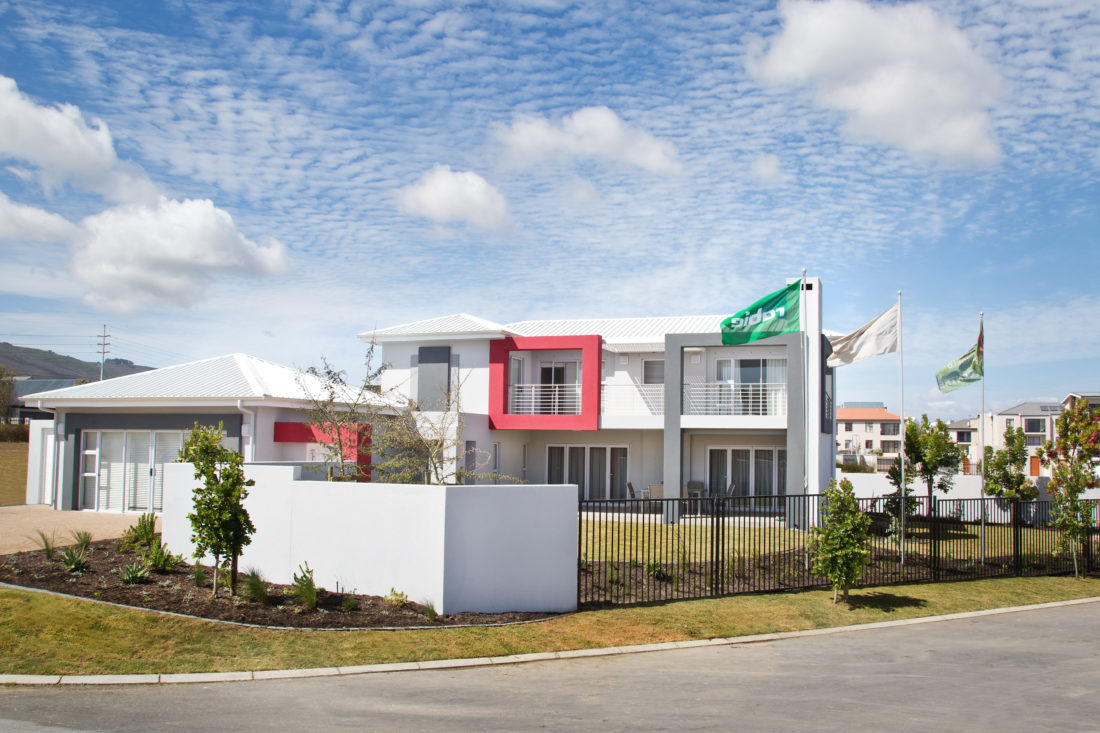 The third and final phase of Zarina, a R200m residential project being developed jointly by Rabie Property Group and Nedbank in Burgundy Estate, is being launched this weekend.

Phase three comprises 82 two bedroom two bathroom apartments in five blocks of three storey walk-ups. Units range in size from 75 square metres to 85 square metres, including balconies, and are priced from just over R1million to R1 220 000.

Brian Usher, General Manager of Property World, the exclusive on site agents for the development, says potential buyers will be able to view a model of Zarina and floor plans from the newly completed Rabie Sales Centre, situated alongside the site of Zarina in Tyrian Road, from 10am until 5pm on Sunday April 3 and weekdays from 10am to 5pm.

He said the first two phases of Zarina consisted of one and two bedroom apartments and 16 townhouses with total sales to date exceeding  R120million.

“Now that the Sales Centre is open and work has commenced, we expect the tempo of sales to pick up strongly.”

Miguel Rodrigues, development manager for Rabie, says that Zarina is much larger than most of the other developments undertaken at Burgundy to date and its size had introduced economies of scale that had enabled the inclusion of a range of communal facilities including a swimming pool with braai facilities and change rooms, a laundry, playparks and open green spaces.

Most of the apartments in phase three will be sunny north facing units but there are also some with views of Table Mountain.

All units will have fitted kitchens with gas hobs and granite counters as well as energy saving heat pumps while top floor units will also have built in braais. The entire development will have perimeter fencing with a gatehouse and 24 hour manned security.

Each apartment will have one allocated parking bay with a further 117 bays available for communal use and visitors.

Civils work started in March with construction expected to get underway in April with completion scheduled from mid-2017 on a phased basis.

Zarina, which has been pre-approved by all the major banks,  is the second residential development to be undertaken by Rabie and Nedbank at Burgundy Estate.  The first – Vermont – which consists of 190 one, two and three bedroom apartments has been acquired in its entirety at cost of R200m by a private investor for rental stock.