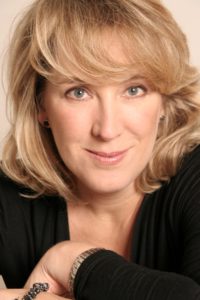 Banks’ revised requirement that all approval certification is in place before transfer documents are submitted to the Deeds Offices is delaying new development property transfers by a month on average.
So says Kim Pistor, Legal Advisor of Rabie Property Group, who warns that the costs incurred by delays will inevitably fall on consumers.

Pistor says that before banks allow bonds to be registered against properties in new developments they require an occupancy certificate from the Council, NHBRC enrolment certificates, gas, plumbing and electrical certificates, builders’ completion certificates and engineers’ certificates.

“The banks require these documents as part of their security over the involved property and for this reason they require that these are in place by the time the transfer of the property registers in the Deeds Office.”

“Timing has always been particularly crucial with regards to planning the transfers of sectional title units and handovers to purchasers which can only occur once all the documentation is in place including the occupancy certificate from the Council.

“It is only after this certificate has been issued that the developer can hand the units over to purchasers and obtain clearance from the purchaser’s bank to lodge the documents for the transfer of the units in the Deeds Office.”

Pistor says although the process is a fairly logical one, it would be helpful if some of the processes could run more quickly or in tandem with one another “such as the Council could capture the units onto their system with a draft SG plan on the basis that the information is confirmed on plan approval”.

“In addition the rates clearance time, which was supposed to have been improved with the introduction of new systems,  has in fact increased and we are now waiting around a month and sometimes much longer for rates clearances to be issued where these used to take less than two weeks.”

“This effectively means that transfers can be delayed by about a month while the necessary documents are being obtained to satisfy the banks’ requirements with the result that purchasers that have taken occupation of their property have to pay occupational interest and the developers’ holding costs to cover the extra month are increased – a cost which will inevitably have to be passed on to the consumer.

She said if the banks would permit conveyancing attorneys to lodge their documents in the Deeds Office while the clearances they require were being put in place, it would expedite the transfer of units by up to a month.”

Pistor said the banks would probably cite the National Credit Act and the more recently introduced Consumer Protection Act as being their reasons for their having to be more careful.

“Unfortunately this legislation has also resulted in banks raising their administration and initiation fees. In fact the initiation fee charged by banks has jumped from around R300 a bond a few years ago to the current rate of around R5 700 a bond!”