Rabie positions itself for the future with two new board appointments

Rabie Property Group is positioning itself for the future with two new board appointments – a Chief Operating Officer and a Chief Financial Officer. Leon Cohen, who founded the company with John Rabie 40 years ago and who has served as MD since then, will stay on at the helm as CEO in charge of the “big picture”.

He will be joined by Colin Anderson as COO who will take over much of the day to day operations of the Group focusing on new commercial opportunities.

Colin has a long history with the Rabie Group which he joined as a development manager 14 years ago before being appointed to the board in 2013. His relationship with a number of the directors goes back even before then when they attended the PDP in 1994 together.

Colin, who has a Higher National Diploma in Quantity Surveying from Wits Technikon, has more than 30 years’ experience in commercial property in Johannesburg, KwaZulu Natal and Cape Town and has worked in both the construction and property development sectors of the industry.

He moved to Cape Town in 1995 to set up a regional office for a leading Johannesburg developer and ran this business for 10 years before joining Rabie. A keen cyclist Colin, 54 years young, is married to Tracy and they have two children. 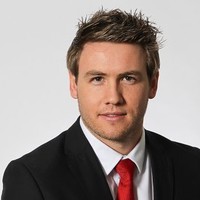 Cohen said these two appointments would further strengthen the Group and position it well for future expansion.