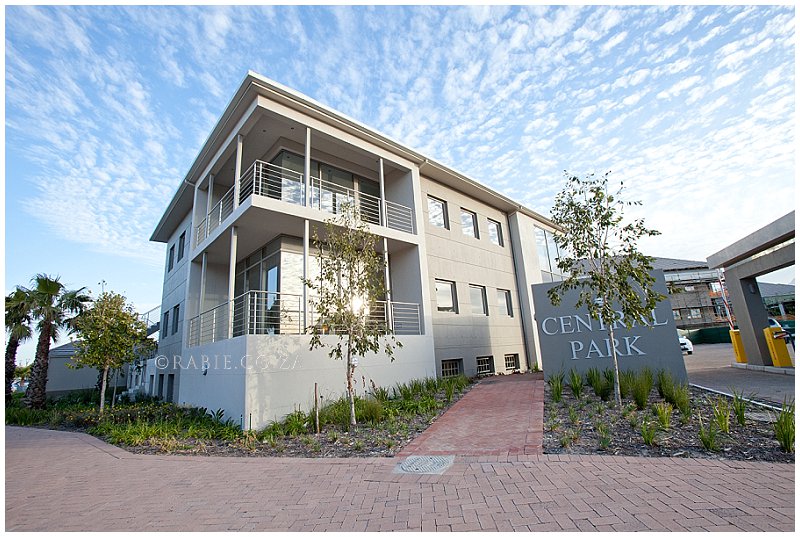 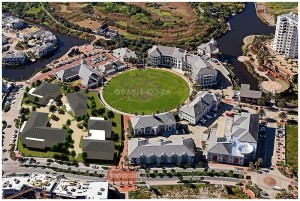 An aerial image of Central Park, indicating where the new buildings are currently under construction 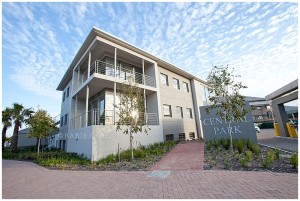 The firm, which has been at Century City for the past six years, has outgrown its current 576 square metre offices in the Estuaries Office Park. Senior Partner Bastiaan Koster said the company had grown rapidly in recent years necessitating the move to larger premises. “There was never any question of us going elsewhere. Century City is centrally located and offers every conceivable amenity right on the doorstep including excellent public transport, which suits our needs perfectly and keeps our staff happy.” Koster said they had acquired buildings 8 and 9 in Central Park off plan and these had been redesigned into one building to meet their requirements.

Construction of the two storey office block, which overlooks the Central Park sportsfield, commenced in July with completion scheduled for mid-2014. The building work is being undertaken by Big Ben Construction.  The new building will include 36 semi basement parking bays and 15 open bays.

Giles Balmer of developers Rabie Property Group said the new offices for Von Seidels were situated in Central Park off Park Lane in the  third and final phase of the intimately planned 18 000 square metres office development comprising both sectional title and freehold offices and set around a lush sportsfield which doubles up as a village green.

Balmer said Building Seven had been sold to a media monitoring company and was due for completion in the first quarter of 2014 while a deal on Building 10 has recently been concluded subject to Council Approval of the Site Development Plan.

“That leaves Building Five – a  1000 square metre office block, which had been constructed and which is now available for sale or to let.”

Koster said they would be putting their current sectional title offices on the market in due course.