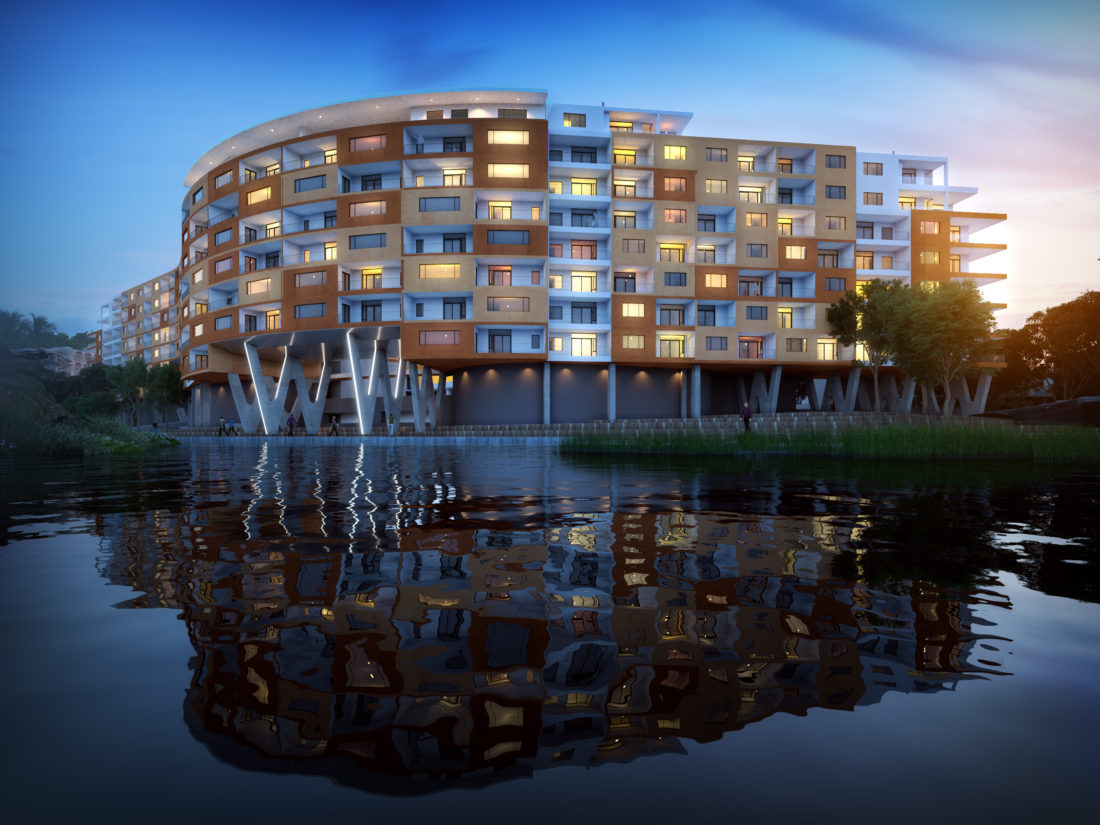 Mariska Auret, Project manager of Rabie Property Group, said the site, which is situated between Aurecon and Knightsbridge and backs on to Canal Walk Shopping Centre, had been handed over to Group 5 in mid-May and earthworks were well underway.

Completion is scheduled on a phased basis between November 2017 and February 2018.

Waters Edge will comprises 144 north and north east facing apartments, of which 115 have been sold for a total value of R285million ahead of construction starting.

The units vary in size from 62 square metres to 205 square metres, including balconies, and are priced from R1,7million to R5,7million, VAT inclusive.

“Once construction gets under way and they can start to see what they will be getting, we expect these units to move very quickly as it is truly an exceptional development.”

Designed by Munnik Visser Architects, the eight storey building is built on a plinth which elevates the height of the structure by two floors and allows for pedestrian movement and extensive landscaping of the ground level plaza.

While it will have the convenience of being on the doorstep of Canal Walk, an adjoining structured parking garage will act as a buffer between Waters Edge and the shopping centre, says Usher.

The building will be serviced by three lifts with at least one allocated basement parking bay being provided per apartment with residents able to rent additional bays in the public parking garage which will also provide parking and 24 hour concierge services for visitors.

Basement parking for residents will have a separate entrance to the structured parking garage and offer direct access to the apartments via two lift lobbies.
Usher said interested parties could take a virtual tour of an apartment by going to the website www.watersedge.cc.