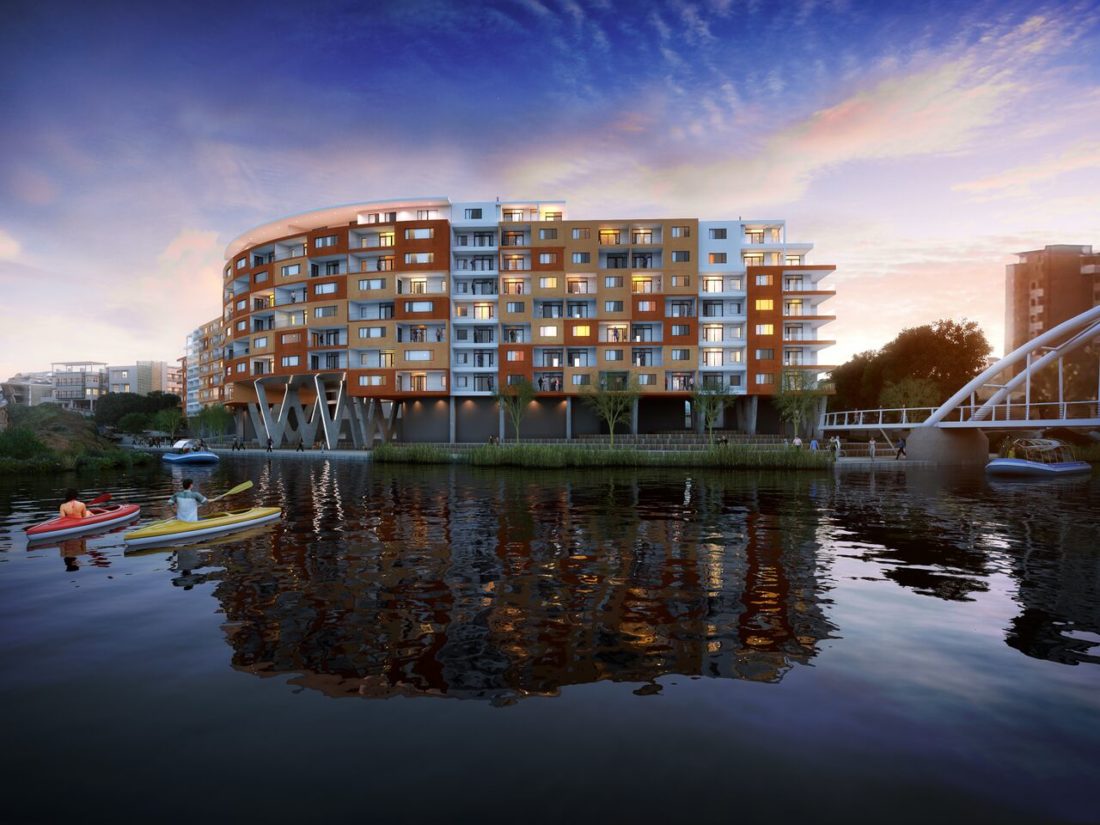 Units vary in size from 62 square metres to 205 square metres, including balconies, and are priced from R1,7million to R5,7million, VAT inclusive.

Designed by Munnik Visser Architects, the eight storey building is built on a plinth which elevates the height of the structure by two floors and allows for pedestrian movement and extensive landscaping of the ground level plaza.

The columns on which the building is perched have been inspired by the manmade heronries in Intaka Island while the sculptured building form is shaped by the contours of the canal.

Waters Edge, which will be north and north east facing, is to be built on a site between Aurecon and KnightsBridge and backing onto Canal Walk Shopping Centre. An adjoining structured parking garage will act as a buffer between Waters Edge and the shopping centre.

The building will be serviced by three lifts with at least one allocated basement parking bay being provided per apartment with residents able to rent additional bays in the public parking garage which will also provide parking and 24 hour concierge services for visitors.

Basement parking for residents will have a separate entrance to the structured parking garage and offer direct access to the apartments via two lift lobbies.

Development Manager of Rabie, Miguel Rodrigues, says this is the last remaining site left to be developed in the heart of Century City.

“It is really prime and will enjoy views over Intaka Island into perpetuity as this is a protected reserve area. We are pulling out all stops to bring a very special product to the market worthy of its setting.

“It literally straddles two worlds – fronting onto nature – with the convenience of Cape Town’s premier shopping centre literally a minute’s walk away. It is also in easy walking distance of many of Century City’s  other great amenities  including Intaka Island and Central Park where all the various sports clubs and leagues meet weekly.

“As such we expect keen interest not only from investors wishing to capitalise on the strong rental demand for residential units in Century City but also from owner occupiers due to its location and convenience,” said Rodrigues.

Construction of Waters Edge is expected to start in April next year with completion scheduled for late-2017.

For further inquiries go to www.watersedge.cc  or telephone Brian on 0825717024.