Century City offices : Where are we in the property cycle? 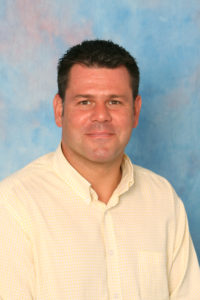 Giles Balmer of Rabie Property Group shares with us his amateur’s guide to the commercial property cycle.

Is the property market currently in a state of flux? Are we still in a recession? Are the banks still professing a recovery (yet their vaults are seemingly still bolted shut)? And are we still heading into double dip recession? The news is all doom and gloom and yet, after we have read all of the financial pages and analysed yet another downward spiralling graph, are we any clearer as to what happens now and when will the property Gods will start to smile again?

For those of us without Economic Phd’s, property booms are genuinely defined as periods where property prices increase by an average rate of 5% or more a year for at least three consecutive years and traditionally occur in eight to ten year cycles.

The boom markets of the late 80s, the late 90s and the most recent late “naughties” are testament to this almost unfailing eight to ten year process of boom to bust.
These meltdowns have been caused by a number of familiar factors and the more recent crashes of the 1990s ( Savings and Loans crisis ) and 2009 ( Toxic debt crisis ) have even been give official titles!

The boom / recession market does, however, contain a number of tell-tale characteristics and traits which allows even the unprofessional economist to get a handle on exactly where we sit in this uncomfortable process.

Starting at the bottom of the cycle with our nasty friend recession, we see and experience a number of these characteristics such as a period of dropping rentals as a result of less market demand, less construction, discounting of market rentals and an initial period of general market depression.

It is at this stage that the full effects of a property recession are felt by a whole host of professional and service industry players – right from the top to the bottom of the supply chain.

If the banks aren’t lending money to developers for speculative schemes then the developer isn’t going to appoint an architect, a quantity surveyor, an engineer, a project manager, an electrical contractor, a landscape architect, an air conditioning specialist etc. The developer will also not be going out to tender to five building firms and their respective 30 subcontractors and suppliers. In short the building isn’t going to be built and the potential tenant won’t be moving in and as such won’t be employing a relocation specialist, an IT firm, a design company, a furniture company, they won’t be utilising Telkom or new kids Neotel and last but by no means least they won’t be utilising public services, paying for water and electricity and putting their R10/sqm for rates and taxes into the Local Authority coffers.

All, however, is not lost as the law of supply and demand will slowly start to rotate and the glimmers of hope will start to reappear. We then experience a period marked by a gradual take-up of the existing office stock leading to a firming of rentals and the first tentative steps towards an improving market and recovery. As vacancy levels come down, rentals will harden with the result that the banks will take a new look at lending practices and start to unshackle the padlocks on the lending safes’ doors.

It is at this crucial stage of a property market recovery that the relationship between the banks and eager property developers are at its most sensitive – lend too much too early and suffer the consequences, lend too little too late and miss the profit bus.

This process brings into view a rising market that is characterised by rentals on the upward curve as a result of an improving economy and increased market activity. Better rentals and increased demand only serve to heighten the banks’ keenness to lend more money resulting in a gradual increase in the level of new construction.
Cheaper money becomes the order of the day as the major commercial banks all vie for a slice of the real estate market, backing increasingly marginal schemes in otherwise marginal locations.

It is now that the term boom market can justifiably be used where there seems no end to the swanky new office blocks and parks being launched and advertised, no end to the frantic real estate letting market and no end to the seemingly insatiable demand for bigger and better, nowhere better emphasised than the Golden Strip in Dubai in the 2003 – 2008 period.

At some stage of this process our old friend demand and supply slowly sneaks back into the picture as the general economy starts to cool, demand for new office space slows and developers strive to finish speculative schemes and secure the ever vanishing corporate tenants. Suddenly tenants have a whole host of attractive options all offering a variety of rental discounts, rent free periods and incentives.
Deals to attract new tenants range from one Sydney developer in 2001 who secured a tenant at his new development in Darling Harbour by doing a deal at a much discounted rental level, giving a significant rent free period as well as a new Fairline Motor Launch and a Harley Davidson to the owner of the business who subsequently kept the Launch but gave the Harley to the cleaner by way of a lucky draw. Long term ( 15 – 25 year ) institutional leases have been known to be signed with rent free periods running into years as opposed to months, landlords have paid massive ‘cash’ premiums to new tenants to take over existing lease liabilities, pay moving costs and accommodate surplus installation costs.

Too much available stock and not enough occupiers results in an over supplied market, more risk, falling rentals, decreasing construction and the banks once again reaching for the padlocks to sure up the lending vaults for a further five years.
Recession inevitably sets in quickly as the market growth becomes untenable, heads dip and corporate accountants run for the conservative hills.

The process will then start all over again, confidence will return, the pragmatic battle hardened property investors will bide their time until the market gradually turns. A new wave of young optimistic property entrepreneurs will enter the market with boundless enthusiasm, no bruising from the ‘last recession’ and able to source virgin finance for new upwardly mobile schemes.

In South African terms we have hopefully reached the bottom of this cycle and will shortly be starting the precarious upward climb towards some form of stability and renewed market activity. The news is starting to look more positive with the major financial centres reporting an upturn in letting activity, low interest rates are tempting potential purchasers back into the market and the developers are starting to dust down their cheque books. This recovery, from possibly the worst and longest property recession in most people’s living memory, will re-activate one of the most predictable economic cycles in the World Economy. One can expect that this cycle will rotate towards another boom in 7 to 9 years time, nurturing dreams of riches and financial freedom on the way. This boom cycle too will inevitably descend to another recession, but hopefully less severe than the one that we are currently experiencing. Either way property remains an achievable investment vehicle for most people harbouring a retirement and pension top up. However the common advice is to look at the ghosts of cycles past and present, hop on and enjoy the ride !!