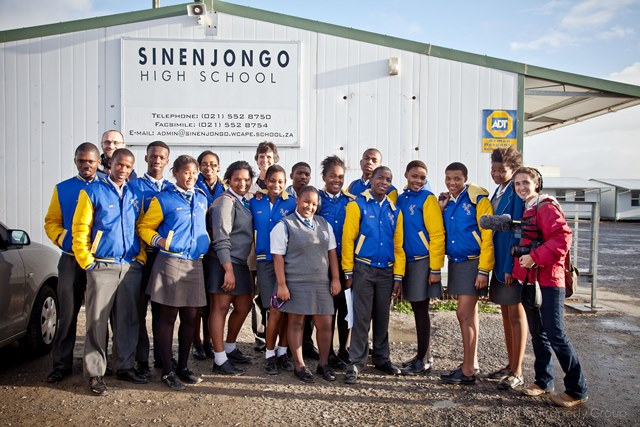 A team from Wikipedia in the
United States flew into Cape Town in June to shoot a documentary on Sinenjongo
High School in Joe Slovo Park which has launched a campaign to get cell phone
providers to provide South Africa with free access to Wikipedia for research
purposes.

The school which serves an impoverished community with a high unemployment rate
does not have a library. The closest library for learners is the Milnerton
library which is a long walk from their homes. There they have to wait in a
queue to use one of two computers with internet access. However, about 90% of
learners do have access to a cellphone.

Last year a group of then Grade 11 learners at Sinenjongo, inspired by a
volunteer teacher Piet Striecher who had been exposing the learners to the
wonders of the Internet and the knowledge to be gleaned from it, wrote to the
CEOs of the four cellphone companies in South Africa saying they had heard that
in some other African countries such as Kenya and Uganda certain cell phone
providers were offering their customers free access to Wikipedia and requesting
they do likewise for South Africa.

None of cell phone companies responded but their letter did get picked up on the
internet by Wikipedia Zero Team staff, Wikipedia’s global outreach programme
which aims to get Internet and Cell Phone Service Providers to waive data
charges for Wikipedia users.

Victor Grigas, a story teller with the Wikimedia Foundation, who is in South
Africa with his camerawoman Charlene Music, said that this was the first time
they were aware of a request coming from a grassroots level to cell phone
service providers for free access to Wikipedia. “As such we had to come and hear
their story and will help them get their campaign message out – through a
documentary on Wikipedia, You tube and to our database of sponsors worldwide.”
According to Victor, they plan to give the documentary major exposure on
Wikipedia and to load it on to You Tube to enable Sinenjongo’s campaign to go
viral. The team, which has also been encouraging the learners to contribute to
the free access knowledge pool, particular by posting articles in isiXhosa, was
in Cape Town for a week. “They are also posting information on Joe Slovo Park
and their school among other things.”

Sinenjongo, which was adopted by the Rabie Property Group as the major
beneficiary of its Corporate Social Investment Proogramme, six years ago has
been in the news in recent years in terms of its matric results – lifting an
abysmal 27% pass rate six years ago to between 94-97% in recent years and having
been named one of the 10 most improved schools in the Province by the WCED for
the past two years running. 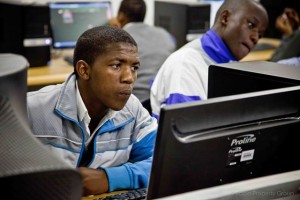 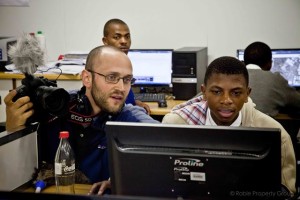 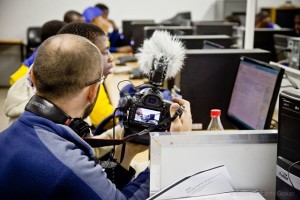 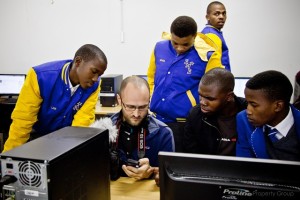 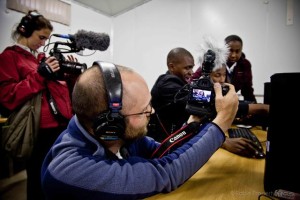 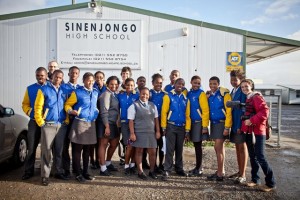 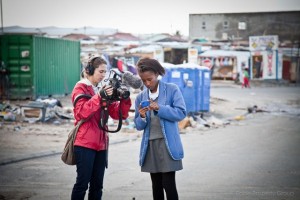 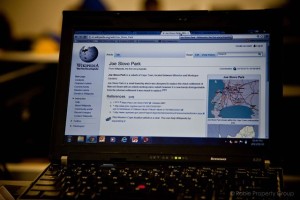